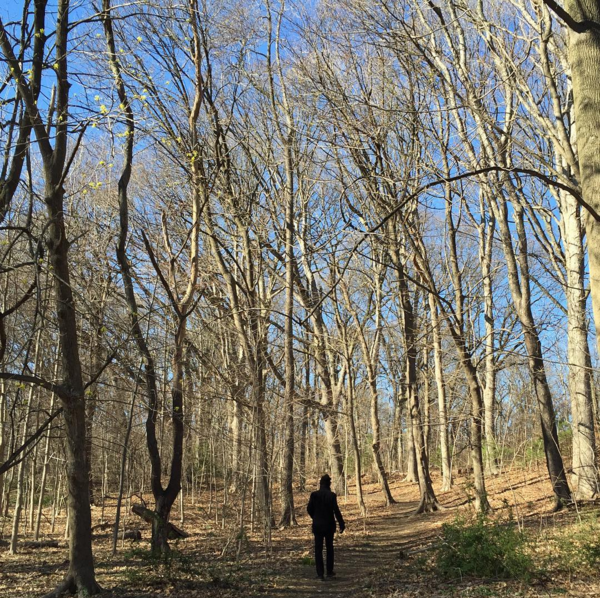 I’ve lived in Brooklyn since 1999, longer than I’ve lived anywhere else, even Miami. It’s been good in many ways but also difficult for me. City life tends to exacerbate my anxiety. I’ve missed living near wild green places.

I’m sure I’d have a much harder time leaving New York than I realize, but I’d be happy to give it a try, if not for Max. The city is his soul-home. He can’t imagine leaving the communities of artists and musicians he’s part of — living anywhere that doesn’t have a Stereographic Association, for instance. After all these years, he still endlessly and lovingly photographs the subway. Even the asphalt seems to nourish him. We’re both introverts, but we have different needs.

So we’re moving, as people sometimes do in this situation, pretty far out into Queens. We’ll still be on a subway line but also right next to Forest Park, a hilly stretch of land with hiking trails and tangles of trees, bordered by lots of cemeteries. I’m going to get a puppy. At least for now, we’re not getting a car.

We don’t move for nine days, but: goodbye, Brooklyn! Thanks, and fare thee well. I’m sure I’ll still see you pretty often. Excited to get to know you, Queens.

Talking with Alexander Chee about The Queen of the Night