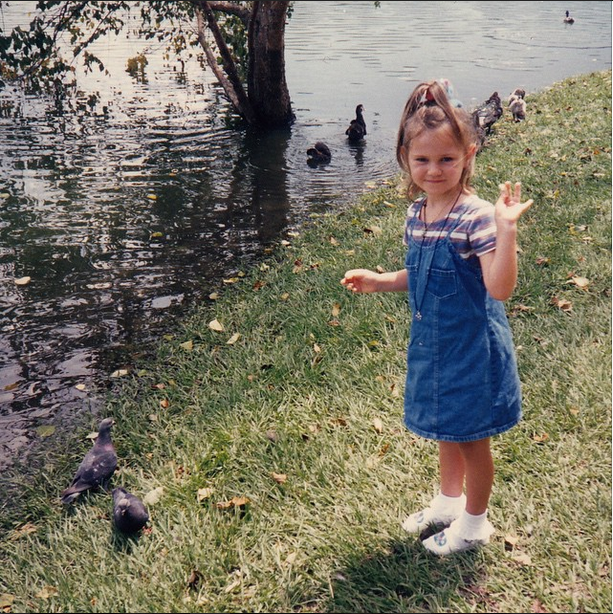 A longtime reader wrote to ask if everything’s okay. He was concerned because I post here so rarely.

Everything is okay! My stepdaughter, Autumn, turned twenty-one! Often I still think of her as the little waving girl in the photo above. But she is an astounding young woman, a clear and compassionate thinker, a poet, a gift, my only child. Also, my goddaughter and her mom moved away. I miss them tons. And my cats died, a few months apart. Oof, as my friend Carrie says. That was sad.

After Emily’s death in July, we got Florian to keep Percy company, and then after Percy’s death in November we didn’t want Florian to be alone, so we got Wanda. They’re great — we’re so comforted by their companionship and antics — but losing pets is as awful as Laurie Anderson says. I actually got Emily after I lost my dog, Ripley, back in 1997. After Emily’s death, I finally felt ready to have a dog again, but our co-op doesn’t allow them, and neither did Percy.

Right now there’s a snowstorm outside. I’m drinking water and tea and working on my book, which is usually what I’m doing, unless I haven’t refilled the water and tea recently.

The manuscript is due in 2016, and I asked for regular installment deadlines with my editor to keep myself on task, and I’m so busy writing that I actually got excited when an app I use to keep myself from wasting time online malfunctioned for a few weeks. It cut off my access to half the Internet, including this very site. I’m also working on a related profile-essay thing that’s taking me a long time to finish to my satisfaction, and I’m very excited about it. And I’ve been doing a lot of weird, wide-ranging reading, which I’m sure will all be reflected in my book, if you’ve missed my meandering fixations.

I hope to fixate here, too, from time to time. Until that happens, or in case it doesn’t, you can as usual more frequently find me on Twitter, Tumblr, The Begats (my other Tumblr), Instagram, and Facebook. It’s also possible to sign up for my verrrry sporadic “ideas and intimacies” dispatches at Tiny Letter. And I’ll be speaking at A.J. Jacobs’ Global Family Reunion on June 6, if you’d like to catch up in person.

For now, we’ve just gotta get through January. And I keep reminding myself, so I’ll remind you, too: the days are already getting longer.