Outrage over the intrusion versus burning curiosity 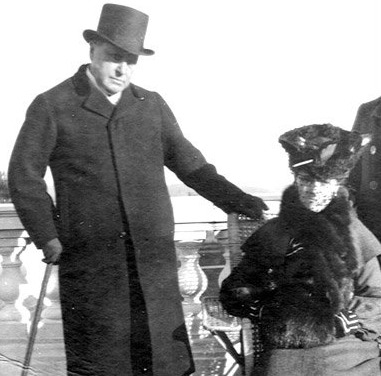 I’m in the minority, I gather, but my favorite of Henry James’ novellas is probably The Aspern Papers, what with all the narrator’s scheming, the old woman’s secrecy, and the delicious melodrama of the finale. (The book centers on a biographer who’s determined to uncover a dead poet’s rumored love letters.)

So I got a kick out of this passage in Hermione Lee’s Biography: A Very Short Introduction (excellent book; eternal disclosure), which reveals that, while James was theoretically opposed to sensationalistic biographies, he read them “with excitement.”

Henry James wrote with horrified brilliance, in The Aspern Papers (1888) and elsewhere, about the violation of the writer’s secret life by ‘publishing scoundrels’. He passionately believed that ‘a man’s table-drawers and pockets should not be turned inside out’, burned many private papers in the (useless) hope of ‘frustrating’ biographical intrusion, and resented the posthumous exhibition of friends such as Robert Louis Stevenson. The trial and disgrace of Oscar Wilde in 1895 gripped and appalled him: ‘Yes’ (he wrote to Edmund Gosse) ‘it is hideously, atrociously dramatic & really interesting — so far as one can say that of a thing of which the interest is qualified by such a sickening horribility.’ He was as fascinated by the private lives of writers as he was horrified by their exposure. When he went on a motor-tour of France in 1907 with Edith Wharton, for instance, he couldn’t wait to visit George Sand’s house in Nohant to see the rooms where George and her lovers had, as he put it, ‘pigged so thrillingly together’.

The image above is of James and Wharton in 1904.