On the melding of fact and invention in fiction 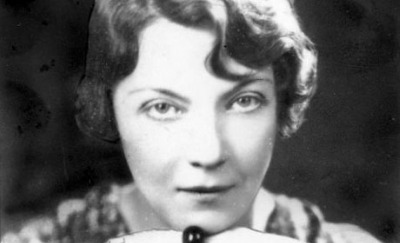 Fiction writers who borrow from life often dodge inquiries about what’s true in their work, causing readers to see them as cagey or coy. But unless you’re writing strict autobiography and just changing names, these kinds of questions are difficult to answer honestly.

In some sections of my own book, fact and fiction have become so tightly fused that I’d have to pull them apart line by line; in other sections, there’s no truth at all, except insofar as the things the narrator does and endures draw in some way on my own hazily understood anxieties.

Even small changes of timing, circumstance, and location create different narrative logic and evoke distinct moods, and cumulatively these alterations can be so significant that it’s misleading to speak in terms of a story diverging from fact at a single point — i.e., “it’s all true, except she didn’t really kill him” or “his mother was exactly like that, although she was suffering from Alzheimer’s rather than Parkinson’s.”

After publishing The Fortress of Solitude, Jonathan Lethem wrote The Disappointment Artist, an entire book of essays focused on the actual events that inspired the novel. He did this not only to satisfy his readers’ curiosity, but to remind himself of the way things really happened.

Novelist Alexander Chee and I have been looking forward to The Blue Hour, Lilian Pizzichini’s forthcoming biography of the enigmatic Jean Rhys (pictured above). Our excited chatter about it at Facebook sent me off to some of Rhys’ seemingly contradictory remarks about Quartet, the novel inspired by her affair with Ford Madox Ford.

In “Chronotope and Intertext: The Case of Jean Rhys’ Quartet,” Betsy Draine writes:

Just about everyone but Jean Rhys has understood her first novel, Quartet, to be an autobiographical act of vengeance against her erstwhile lover and literary patron, Ford Madox Ford. Rhys herself found that view appalling. In a letter written a good thirty years after the publication of Quartet, Rhys claimed: “I was astonished when so many people thought it an autobiography from page 1 onwards and told me it should never have been written. Well, I had to write it. Even in American it was supposed to be a roman à clef… I think it is angry and uneven as you say, but it has some life and it wasn’t an autobiography, as everyone here seemed to imagine though some of it was lived of course” (Letters 171).

The blurring in the critical imagination between Rhys’ life and her work is attributable both to the author’s strong identification with her characters’ emotions, and sometimes their circumstances, and to interviewers’ and readers’ desire to conflate the woman with her protagonists. Of the conversation she had with Rhys over five days in 1970, Mary Cantwell writes:

I had suspected, in fact assumed, that Jean Rhys had based her novels on her life. But to meet her, I discovered, was to be simultaneously introduced to Sasha, Julia, Marya, Anna, even Mrs. Rochester. Whenever I asked about one of them — Jean Rhys’ women they’ve been called — she replied with “I.”

While it’s natural for readers to be curious about the connection between a writer’s life and work, sometimes the puzzle is not solvable. Rhys herself ultimately emphasized not “the individual Writer” but Writing itself. (Caps in original.)

“I can only do the one thing,” she told Cantwell — resignedly recounting her failed efforts as chorus girl, shopkeeper, cosmetics, mixer, and cook — and in Rhys’ view, that one thing was fraught. “However much you cut, or how careful you are, your own feeling will come through. But on the whole I’m rather sorry for everybody… I’ve reached that stage.”

Tunneling to the Center of the Earth giveaway

The fun of having book friends as house guests