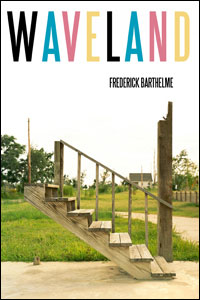 My brief appreciation of Frederick Barthelme’s Waveland is up at NPR. The novel, his twelfth work of fiction,

obliquely parallels the fate of the [Mississippi Gulf Coast] town of its title. “Even before Katrina,” he writes, “when Waveland was all there, it wasn’t a high-toned beach town; it was more like 10 miles of down-on-its-luck trailer park. After the storm, it was 10 miles of debris, snapped phone poles, shredded sheets in the trees.”

Recovery has been slow because, basically, there is nothing to recover, especially for Vaughn, whose wife, Gail, kicked him out shortly after the hurricane.

“Why don’t you just move along,” she’d said one day.