John Cheever: beyond the martini-swilling ’50s dad you might always have pictured 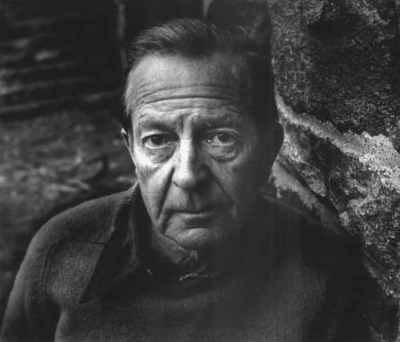 John Updike, in his last-ever piece of book criticism, characterized Blake Bailey’s Cheever: A Life as a “heavy, dispiriting,” and dull read, both bloated and methodical, but I was riveted to every last depressing page. My review appears in Barnes & Noble Review. An excerpt:

As conventions change and language shifts after an author’s death, his or her fiction tends to read differently. When this happens, speculation often arises through a new lens about what the true impetus for the work might have been. For the theories that emerge, even in our post-poststructuralist era, we are greatly beholden to Freud. Readers pick over texts and correspondence looking for clues and quotes to bolster pet theories — Fyodor Dostoyevsky was bipolar, Emily Dickinson a closet case, Edgar Allan Poe a pedophile — that end up bound and sold as biographies. Although sometimes fascinating, these books generally rely on such scant evidence, stitched together with conjecture, that the very idea of an author’s novels providing any meaningful insight into his own state of mind has become, in some quarters, a laughable cliche. Yet many writers do weave their own obsessions into fiction, and some also want to reveal the truth about the interplay between their lives and work. In the end John Cheever, the subject of Blake Bailey’s magnificent new biography, was one of these.

Ranked in a survey a few years before his death as the third mostly likely American writer to “be read by future generations,” Cheever is largely remembered today, if he is remembered, as the nearly definitive practitioner of 50s-era New Yorker short stories in which suburban husbands have a few too many martinis and wind up sleeping with the babysitter. Never mind that his best novel, Falconer, depicts an inmate and opium addict who achieves fulfillment in the slammer — a fulfillment he never had in life on the outside — when he begins meeting a fellow (male) prisoner for oral sex. What surprises the protagonist is not the act itself but the emotions it stirs up: “From what Farragut had read in the newspapers about prison life he had expected this to happen, but what he had not expected was that the grotesque bonding of their relationship would provoke in him so profound a love.”

At his death, Cheever left behind a forty-three-hundred-page journal whose “mostly typed, single-spaced pages” document his alcoholism, his troubled marriage, his myriad affairs, and his initial denial, but eventual slow-creeping acceptance, of his sexual attraction to men.

The rest is available here. Also of possible interest: