Flannery O’Connor was her own monstrous reader 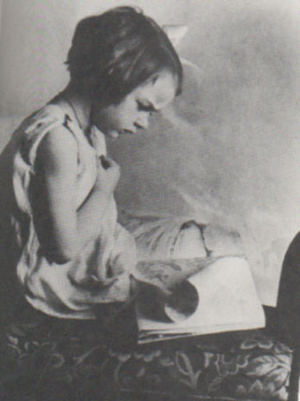 Flannery O’Connor’s famous acceptance-letter rejection might lead you to believe that she tended not to doubt her writing. Brad Gooch’s new biography reveals otherwise.

At seventeen, O’Connor was invited to contribute to the high school paper. “‘I don’t know how to write,’ Mary Flannery answered. ‘But I can draw.'”

And years later, in the first iteration of her talk, “Some Aspects of the Grotesque in Southern Fiction,” she said:

“When I sit down to write, a monstrous reader looms up who sits down beside me and continually mutters, ‘I don’t get it, I don’t see it, I don’t want it.’ Some writers can ignore this presence, but I have never learned how.”