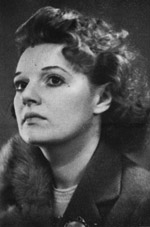 When Muriel Spark died a few years ago, writer Katharine Weber implored me to go beyond the works I’d already read and admired — The Prime of Miss Jean Brodie and The Finishing School — to Spark’s “utterly sublime first novel, The Comforters, written to save herself from madness. You can learn how to write your own first novel from that book if you read it hard enough.”

When I did read The Comforters later that year, I was amazed not only by its humor and complexity, but the ways in which it prefigured, and in some ways surpassed, the works of Barth, Barthelme, and other metafictional writers I respect. It even reminded me a little bit of Coetzee’s Elizabeth Costello works, except that it’s funnier. The Comforters is weird in the best way; there’s none of the random whimsy that poisons so many of today’s “humorous” postmodern throwbacks.

If those sentences make no sense to you, you’re not alone. I’ve never been able to communicate my enthusiasm for The Comforters very clearly.

Fortunately my friend Jessa Crispin recently linked from Bookslut to Brock Clarke’s excellent, excellent piece on Spark in the current Believer. If you read nothing else about books this weekend, please do spare some time for Genuine Artifice. An excerpt from the beginning:

The great Muriel Spark, who died on April 13, 2006, and whose most famous novel was The Prime of Miss Jean Brodie (1961), bequeathed a great deal to her surviving readers. Spark — who, over the course of five decades, published twenty-one novels and twenty other works of fiction, poetry, biography, and criticism — has much to teach us about the virtues of omniscient narration and the limitations of first-person narration; about the pleasures of meanness; about the difference in fiction between economy and minimalism; about the relationship between art and religious belief. But what most interests me here is that which Spark can teach us about artifice and self-consciousness in fiction.

This subject has long bedeviled American fiction writers, who, on the subject of realism and metafiction, have acted less like writers open to nuance and difficulty and to the possible influence of writers superficially unlike themselves, and more like participants in Battle of the Network Stars’s tug-of-war contest. (Remember the William Gass-John Gardner 1970s point/counterpoint road show? A sample exchange from one of their public debates: Gardner: “The difference is that my 707 will fly and his is too encrusted with gold to get off the ground.” Gass: “There is always that danger. But what I really want is to have it sit there solid as a rock and have everybody think it is flying.”) But maybe, if we’d paid more attention to Spark’s work — and in particular her two early novels The Comforters (1957) and Memento Mori (1959) — we wouldn’t feel the need to continually rehash these old arguments (“Realism is the literature of exhaustion”; “No, metafiction is the literature of exhaustion”; or”You’re not self-conscious enough”; “You’re too self-conscious”), to take sides and then defend the side we’ve taken, defame the side we haven’t.

It’s not that Spark makes a definitive case for one side or the other, but rather she makes the whole argument seem silly. In these two sly, spectacular novels, Spark shows us what should have been obvious all along: of course art is artificial, and of course writers must be self-conscious about it, but being self-conscious is not the end of a writer’s responsibility toward her book (as one often feels in, say, John Barth’s fiction, or Raymond Federman’s, or Ronald Sukenic’s), her characters, her readers, but is simply the most efficient, most honest, most rewarding, most self-critical, most moving, most beautiful way of doing so.