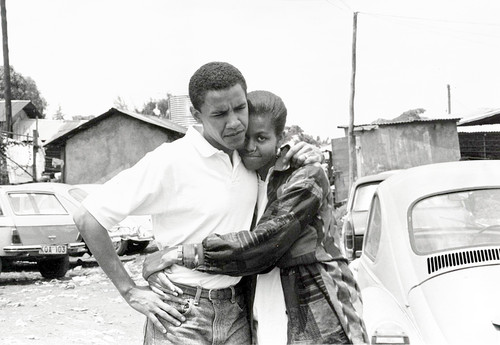 Just as the cockles of my heart were warming over Ralph Stanley’s banjo pickin’ Obama radio spot, a reader in North Florida sends along a little something that guarantees they’ll be frozen over till at least sometime next April.

The Jackson County School Board has taken action against a teacher who apparently made racial commentary on presidential candidate Barack Obama.

According to parents and students in Greg Howardâ€™s seventh-grade social studies class, Howard on Friday, Sept. 26 asked the class a question regarding Obamaâ€™s call for change, and proceeded to write out what the letters C-H-A-N-G-E stood for.

â€œShe told me that he wrote on the board â€˜Can You Help A (expletive) Get Elected, and then laughed about it,â€ said Shelia Christian, a mother of one of Howardâ€™s students.

Sims said Howard apparently repeated the action in more than one class, having made the comment in â€œa couple of periods.â€

Between this and the #@&$(#& revised bailout — with its tax breaks for Puerto Rican rum manufacturers and repeal of an excise tax on toy wooden arrows — only one thing prevents me from going home and crawling back into bed: anticipating the schadenfreude flavor of tonight’s debate popcorn.

On irrational prejudices and Morris’ The Dart League King

His manic output matched by her depressive reticence