A Q&A with Hannah Tinti about Salem & good thieves 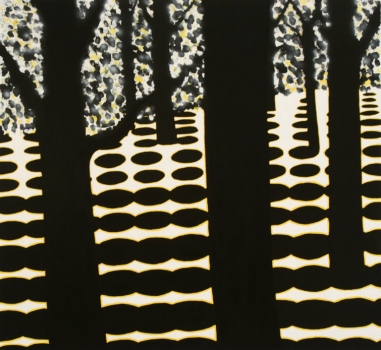 Last month I posted a mini-interview with Kent, and now here’s a short talk with Hannah Tinti, whose book Junot Díaz has called “a lightning strike of a novel — beautiful and haunting and ever so bright.” The author is, he says, “a 21st century Robert Louis Stevenson, an adventuress who lays bare her characters’ hearts with a precision and a fearlessness that will leave you shaken.”

The Good Thief opens in an orphanage in 19th century New England, where a one-handed orphan named Ren knows he has little chance of being adopted, and that he will eventually be sold into the military. He consoles himself by stealing small objects — a priest’s book, a wishing stone — and tucking them away. But the charismatic Benjamin Nab turns up, claiming to be Ren’s brother, and adopts him.

The charade lasts only till they’re far enough from the orphanage that Nab doesn’t deem it worth bothering with. “‘I’m not your brother,'” he tells Ren, after they’ve stolen a horse and wagon from a farmer who fed them and put them up for the night. “‘I know,'” says the boy, who’d still been hoping. Soon Ren is embroiled in a series of increasingly sinister criminal schemes that culminate in digging up bodies for medical research, and have the boy despairing for his soul.

The story is pure fiction, but Tinti grew up in Salem, Massachusetts, where reminders of the sins of the past were ever-present. And although the author says she realized intuitively while writing that Ren was missing a hand, she also traces his disability to something that happened to her in kindergarten. This being New England, recess was held in a church graveyard. One day, while playing, Tinti tripped and fell against a fragile slate headstone. A shard went right through her wrist.

In interviews you’ve spoken about growing up in Salem, where Hawthorne was born, witches were sentenced to death, and the Puritans’ legacy lived on not only through memory, but concrete things: the graveyards, the witch museum, the pieces of china you’d dig up in the yard. “One of my first jobs,” you told New York, “was working at the witch dungeon, basically a basement filled with torture devices used on witches. So my book doesn’t feel that morbid to me.”

Despite your natural desensitization over time to the darker aspects of New England’s history, I wonder if as a child you were frightened by the Puritans’ vision of God, or at the thought that so many people were found guilty of consorting with the devil and sentenced to death. I ask because Ren’s fears about sin and damnation are so complex and immediate.

I was raised as a Catholic, and went to Catholic schools, so God was a big part of my life. Particularly when I was a small child, my relationship with God was very close and personal. I definitely drew on this to write Renâ€™s character. I was taught by the nuns that God saw everything I did, read all of my thoughts. That to even think of committing a sin, was a sin — whether or not you acted upon it. But I must say that when I prayed to God, I really felt like I was having a conversation with him. I also suspected that God was a lot more understanding than the nuns and priests were making out. This spirituality fell away as I got older.

Regardless, I completely understood where the Puritans were coming from. My parents had explained the history of the witch trials, and that most of it was spurred on by land disputes and old family grudges. When I was a little girl, what frightened me the most about the Salem witch trials was that God stood back and let innocent people die. Iâ€™d been taught that God would always deliver justice, and so I had to alter my understanding. In my mind, I rationalized it, and compared God to my own parents. Sometimes they caught me doing something bad, and punished me, but more often than not, they were distracted and I got away with it. In The Good Thief, Ren describes God as a benignly neglectful gardener, pruning His roses and ignoring the weeds, and then one day He notices an encroaching tendril, and His anger comes down mighty and fierce, and He pulls the whole bed out, weeds and roses together.

I’ve read that you set out to write an adventure story that you yourself would want to read — one that, among other things, would keep the reader wanting to know what was going to happen next. Robert Louis Stevenson was one of your childhood favorites, and of course The Good Thief has been compared with his work, and with Dickens’. Donna Tartt has also named Stevenson as a formative influence. I know your tastes are eclectic — recently you mentioned Northline, a favorite book that you called “completely spare and beautiful” — but what are your thoughts about the value of plot, an aspect of the novel that is often dismissed as shallow in literary circles nowadays?

As the editor of One Story, I read a lot of wonderful pieces of writing where nothing happens. In fact, sometimes the writing is so good that it almost tricks you into thinking that something did happen.

I have wide tastes as a reader, but these days I find myself drawn to more traditional story-telling. The kind of books that made me fall in love with reading as a kid, staying up late at night with a flashlight under the covers. So although the concept of The Good Thief was an existential one – exploring death and resurrection, through body, spirit and storytelling — the only way I could think of going about it was a straightforward narrative style. I didnâ€™t know that about Donna Tartt, but I love her work, and can see the influence.

Call me old-fashioned, but there is a reason why these â€œclassicâ€ books have held up. Last year I re-read Stevenson for the first time since I was a kid — Treasure Island, Kidnapped and David Balfour — and was surprised by how incredibly tight the language was, and completely gripping the scenes were. Stevenson was a master at building tension and creating characters with only a few strokes of dialogue. I was just as engaged in the story at age 34 as Iâ€™d been at age 6.

Your title evokes the thief who’s crucified at Jesus’ side. He repents, is forgiven, and receives salvation before he dies. Ren, too, is ultimately redeemed. What other resonances did you intend with the parable? And what relevance do you think these ancient stories have for us now?

The story of The Good Thief is one of redemption at the very last minute, and this holds true in my book — most of the characters find ways to make amends for past wrongs that theyâ€™ve committed, one way or another. I also meant to draw on the theme of sacrifice and resurrection. In a more straight forward interpretation, there is quite a bit of thieving in The Good Thief. Ren takes many things — books and stones and food and toys. Benjamin Nab cons money and horses and jewelry and also other peopleâ€™s trust. All this stealing is really trying to fill up the enormous emotional holes of the characters, and also reflects the other things that have been stolen from them — for Ren, it is not only his physical hand, but also his history, his parents, and any kind of family or love.

As for the relevance of ancient stories — the Bible, myths, Shakespeare or fairy tales — I think that if you want to live an examined life, they can be incredibly important. They are there to help us reflect, and to continue to grasp at those slippery moments of revelation.