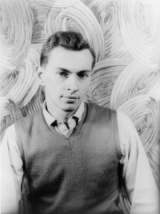 “Style is knowing who you are, what you want to say, and not giving a damn.” — Gore Vidal (pictured)

“It’s hard for me to show work while I’m writing, because other people’s comments will influence what happens. You have to be very, very careful.” — Donna Tartt

“Books are not people. They are never late to the party. It doesn’t make any difference, early or late, as long as you get it done.” — Junot Díaz

“Fiction is lies. And in order to do this you have got to have a very good sense of what is the truth. You can’t do the art of deception, of deceiving people so they suspend disbelief, without having that sense very strongly indeed… A lot of people don’t – a lot of novelists don’t – and what you get then is a mess… people run away with the idea that what they are writing is the truth… You must be all the time aware it’s not.” — Muriel Spark

“In many ways writing is the act of saying I, of imposing oneself upon other people, of saying listen to me, see it my way, change your mind. It’s an aggressive, even a hostile act. You can disguise its aggressiveness all you want with veils of subordinate clauses and qualifiers and tentative subjunctives, with ellipses and evasions — with the whole manner of intimating rather than claiming, of alluding rather than stating — but there’s no getting around the fact that setting words on paper is the tactic of a secret bully, an invasion, an imposition of the writer’s sensibility on the reader’s most private space.” — Joan Didion

“Books of quotations about writing and writers are things I usually flee from â€” the sanctimony level grows toxic almost immediately.” — Dwight Garner

From bad to verse

A Very Hungry Caterpillar parody in the offing?