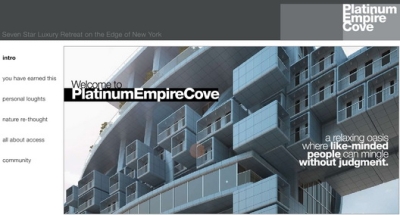 Is Ayn Rand the most influential female writer of the last fifty years? Lordy, I hope not, but in these days of race-to-the-bottom capitalism, I think she might be.

Atlas Shrugged, the most widely-read of her tracts, first appeared fifty years ago tomorrow. When the New York Times panned the book back in 1957, one Alan Greenspan rose to its defense in the letters section, calling the story a “celebration of life and happiness.” He went on:

Justice is unrelenting. Creative individuals and undeviating purpose and rationality achieve joy and fulfillment. Parasites who persistently avoid either joy or reason perish as they should.

Mr. Greenspan, of course, later became chairman of the Federal Reserve. There he supported corporate and high-income tax cuts, and deregulation of all stripes, and generally did his best to put into practice Rand’s tenets (though I’m sure hardcore “Objectivists” would say he didn’t go far enough). (Incidentally, have you ever heard read Rand’s charming views on the property rights of American Indians?

[The Indians] had no right to a country merely because they were born here and then acted like savages. The white man did not *conquer* this country. And you’re a racist if you object, because it means you believe that certain men are entitled to something because of their race. You believe that if someone is born in a magnificent country and doesn’t know what to do with it, he still has a property right to it. He does not. Since the Indians did not have the concept of property or property rights […] they didn’t have rights to the land, and there was no reason for anyone to grant them rights that they had not conceived of and were not using. It’s wrong to attack a country that respects (or even tries to respect) individual rights.)

Rand advocated complete allegiance to selfishness. “My philosophy, in essence,” she said, “is the concept of man as a heroic being, with his own happiness as the moral purpose of his life, with productive achievement as his noblest activity, and reason as his only absolute.”

For the prototype of this noble, moral being, turn to The Fountainhead (a book I must in the interest of full disclosure admit to reading and enjoying at 18, but that is a story for another day), and meet architect Howard Roark. As I recall, Rand’s protagonist repudiates classical architectural forms, lives in obscurity, blows up a building that has deviated from his design, and ultimately delivers a courtroom speech that wins over the jury and enables him to create the most perfect building in the entire universe.

In honor of Ms. Rand, here’s Riviera Real Estate’s (satirical) PlatinumEmpireCove, the kind of elite community Mr. Roark might have designed to herald and encourage the gentrification of today’s Williamsburg, Brooklyn. “What once served purpose as a moat has become a velvet rope,” friends.

P.S. This insane reverential invocation of Roark (posted at 12/2/2009 at Brownstoner) in defense of Brooklyn real estate development is exactly the kind of mentality I was mocking when I wrote this post two years ago.