Summer reading at Talk of the Nation 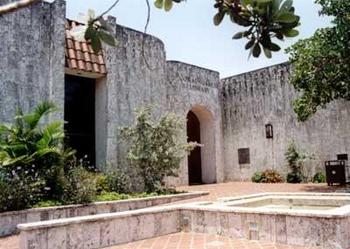 ZZ Packer, Laura Miller, and I will be on Talk of the Nation this afternoon for a segment devoted to summer reading.

I don’t naturally think of books in terms of seasons, but in the past few years I’ve realized that my most manic reading experiences tend to happen in warm weather. See, e.g., Books that make you stand at the bus stop.

This year is no exception. Week before last, just as highs were getting up into the 80s, I spent 3 1/2 days racing through all of Kate Christensen’s funny, gripping, and very smart novels. They are, in order of publication:

If you’re around, tune in for more.

Image of the Coral Gables Branch Library, which enabled my childhood binge-reading habits, is taken from the MDPLS site.