Flaubert’s letters to himself 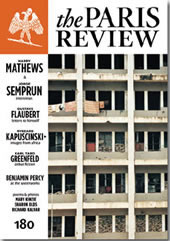 In college I kept a journal — now destroyed, obviously, along with most incriminating photos — in which I evinced a penchant for copying out overwrought quotations from Flaubert’s letters. I’ve forgotten most of them, but a particular favorite (from a letter to his lover) was: “What a heavy oar the pen is, and what a strong current ideas are to row in!”

Flaubert was writing Madame Bovary when he said this, and was thus entitled to the drama, whereas I was writing interminable entries about, among other things, the joys of catching fireflies on a Miami night, when I jotted these words in my twee steno pad.

Given this history, I haven’t had much interest in revisiting Flaubert’s missives, but the current issue of The Paris Review changed all that. Here’s a brief excerpt from the introduction to his letters on “Two Deaths“:

Gustave Flaubert’s niece, Carolin Franklin Grout, once made note of a habit he had “of writing out his most profound impressions for himself alone, at the moment of experiencing them, then placing them in sealed envelopes.” He did this, she recalled, at the deaths of his friends Alfred Le Poittevin and Louis Bouilhet, and perhaps also at the death of his sister. Because no such documents had ever been found, little attention was paid to her comment until two years ago, when someone came to the Centre Flaubert at the University of Rouen with a cache of papers discovered at the back of a drawer. There, copied out in violet ink in Caroline’s large, slanted handwriting, were two of the texts written by Flaubert for himself alone, one at the death of Le Poittevin in 1848, and the other, twenty-one years later, at the death of Bouilhet. They are published here for the first time in English.

In 1840 an old family friend, Dr. Jules Cloquet, had recommended to the twenty-year-old Gustave that he write out all his ideas, seal up the paper, and wait fifteen years before reopening it: “You’ll find another man.” The intimate notebook in which the fledgling writer followed this advice includes these lines: “I yearn to tell myself about myself… If I write something, it is to be able to read myself.” In his voluminous correspondence (sometimes considered his greatest work) the older Flaubert would famously and vehemently reject the practice of autobiography. Now we know that at moments of duress throughout his life he would return to that youthful impulse to write for himself alone. In the case of these two texts, however, no future reader seems to have been envisioned, not even their author. Dr. Cloquet’s fifteen-year waiting period does not seem to have been part of the plan here. Julian Barnes, writing in the Times Literary Supplement, very plausibly wondered whether Flaubert wrote these two necrologies to permanently seal them away in “a literary entombment to match the actual one.”…

At the end of the Bouilhet necrology, Flaubert states that he has renounced all further intimate writing of this kind: “I find nothing more to say to myself.”…