Branding and Freedom, and the MP3 that wasn’t 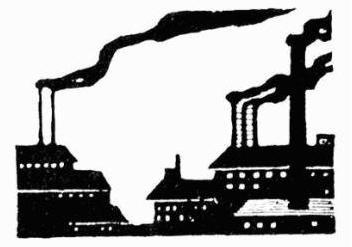 It’s a shame, too, because the authors spoke so intelligently, and with such warmth — they’re friends, as it happens — that we didn’t lose a single audience member over the course of the evening.

I’ve tried to jot down some highlights over the past few days. Unfortunately, I tailored my questions partly to what the authors said, so I can’t remember exactly how things unfolded. And I don’t like to reconstruct writers’ words from memory.

The only complete artifact I have is my introduction — a sad substitute for the actual conversation, I know. I’ll post it here after the jump, with a wish for better recording mojo next time.

Thanks for coming out tonight. I’m excited to be hosting a conversation about two excellent novels, between two incredibly talented writers, under the rubric of “Branding and Freedom in the Market Economy.”

Before we begin, I’d like to say a few words about my reasons for choosing this topic.

Some years ago, set loose upon the world with a B.A. in English, weary of working in bookstores, and unsure what to do with myself, I blundered into law school. There, outside the warm bosom of the liberal arts department, I was amazed to discover a breed of person who, like my father, believed the Market Was All — who hung on every word of law and economics types like Judge (and erstwhile Supreme Court Justice contender) Richard Posner.

For those of you who haven’t had the dubious pleasure of reading Posner, I’ll quote from Slate’s Dahlia Lithwick, who has dubbed him the “Human Pentium Processor.”

“Posner,” she says, “published his seminal Economic Analysis of Law, shining the light of cost-benefit analysis into every dark corner of the law, from antitrust to racial discrimination to — of course — sex. An essay on rape reads almost like a parody of the substitution of economic for moral reasoning. (‘[A]llowing rape would lead to heavy expenditures on protecting women, as well as expenditures on overcoming those protections. The expenditures would be offsetting, and to that extent socially wasted.’)”

A section from Calvin Baker’s Dominion calls to mind this kind of reasoning. A boy born free is abducted, and as his kidnapper prepares him for the auction block, he asks the boy how much he thinks he is worth.

“I don’t know,” Bastian answered. “I ain’t never been for sale and don’t imagine how you can put a price on a person, though I know some people do.”

“On the contrary,” the man answered, directing him toward a pail of water to wash in. “It is no people who do, but the market. People ain’t smart enough. But the market is brilliant, and it can price anything — that horse, you, me, the pail — it makes no difference; the market will tell you exactly what everything is worth and will not lie or cheat you….”

Obviously Posner and his acolytes have an unsually strong faith in the power of the market to assign things their proper value. On the far other side of the fence are theorists like Naomi Klein, author of No Logo, an attack on brands. I was emailing with a friend, the scholar and writer Amitava Kumar, about her book recently, and he said, “My only problem with folks like Klein is that despite my agreement with everything they say I can’t abide their purity. I think as writers we should at least acknowledge the deeply, even inescapably contradictory nature of our existence.

I agree with Kumar. We can denounce market forces — and logos and brands — all we want. We can agree that we’d be better off without them. But we live in a market-driven world. So what does this way of life mean for us? What kind of fairness is possible within it?

I don’t have an answer to these questions, and I don’t have any particular axe to grind here. I don’t want to linger in the realm of theory. My hope is that, by focusing on Apex Hides the Hurt and Dominion, on the ideas and characters within them, we’ll be able to look at these questions in a slightly different way.

I know I did, after reading the books.

Colson Whitehead has written three novels and a collection of essays. His latest effort, Apex Hides the Hurt, is a new-millennium story that shares some themes with Baker’s book. A branding expert who invented a catchy name — Apex — for shoddy multicultural band-aids ends up loathing himself when the product becomes a success. Now he’s taken on what may be his last assignment: renaming a town founded by freedmen. The book is a fascinating inquiry into truth, identity, and the use of language in the market economy.

Calvin Baker is also the author of three novels, including, most recently, Dominion, in which a freed slave named Jasper Merian buys the only land white people will sell him — untamed, haunted land — and fights off a ghost, Ould Lowe, to build a plantation he can pass along to his children. In a sense I’m stretching the concept of “branding and freedom in the market economy” to its limits by discussing Baker’s book under that rubric, but in another sense that’s exactly what his book is about: What kind of freedom is available to a man who has been someone’s property and is set free? What will he tell his children? What will he call his new home — his new life — and what is the relevance of the names he chooses? Baker draws on our most ancient myths, his diction is nearly Biblical, and he gives us an epic that’s as relevant to our time as to the Pre-Revolutionary era in which it’s set.