Borges on Twain and conviction in writing 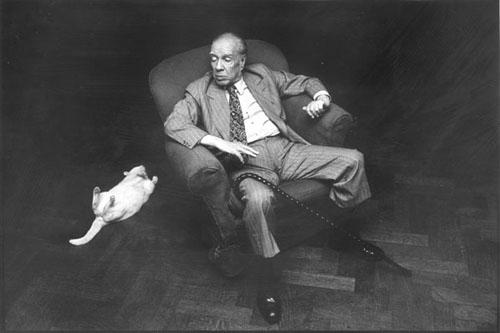 Happy day: The Paris Review’s Art of Fiction interview with Borges is online. I could have pulled out almost any paragraph and set it on its own, but (surprise) here’s Borges on Twain. Also, writing with conviction.

I’m talking to an American: there’s a book I must speak about — nothing unexpected about it — that book is Huckleberry Finn. I thoroughly dislike Tom Sawyer. I think that Tom Sawyer spoils the last chapters of Huckleberry Finn. All those silly jokes. They are all pointless as jokes; but I suppose Mark Twain thought it was his duty to be funny even when he wasn’t in the mood. The jokes had to be worked in somehow. According to what George Moore said, the English always thought, “better a bad joke than no joke.”

I remember Bernard Shaw said, that as to style, a writer has as much style as his conviction will give him and not more. Shaw thought that the idea of a game of style was quite nonsensical, quite meaningless. He thought of Bunyan, for example, as a great writer because he was convinced of what he was saying. If a writer disbelieves what he is writing, then he can hardly expect his readers to believe it. In this country, though, there is a tendency to regard any kind of writing — especially the writing of poetry — as a game of style. I have known many poets here who have written well — very fine stuff — with delicate moods and so on — but if you talk with them, the only thing they tell you is smutty stories or they speak of politics in the way that everybody does, so that really their writing turns out to be a kind of sideshow. They had learned writing in the way that a man might learn to play chess or to play bridge. They were not really poets and writers at all. It was a trick they had learned, and they had learned it thoroughly. They had the whole thing at their finger ends. But most of them — except four or five, I should say — seemed to think of life as having nothing poetic or mysterious about it.