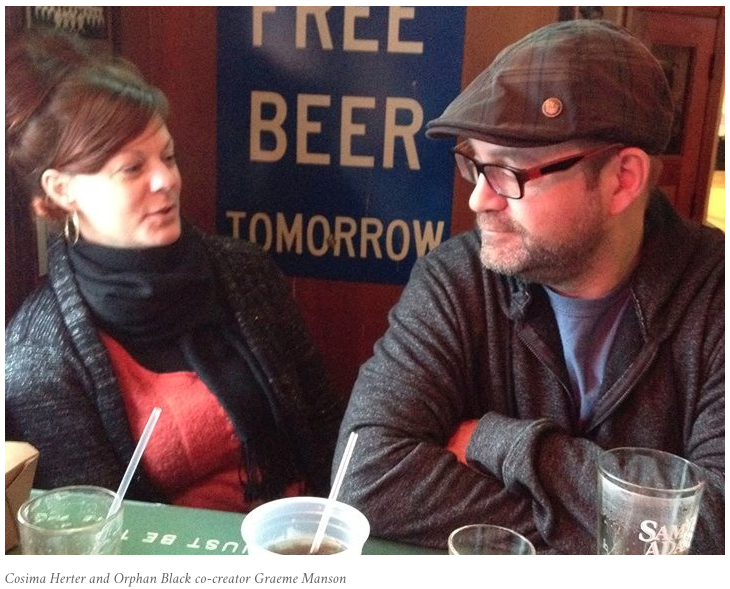 My Longreads profile of Orphan Black‘s brilliant science consultant Cosima Herter — known to the show’s actors and creators as “Real Cosima” — ranges from science, chance, and emotion to Darwin, humanized mice, DIY synthetic biology, and much more. Here’s how it starts:

BBC America’s Orphan Black seems so immediate, so plausible, so unfuturistic, that Cosima Herter, the show’s science consultant, is used to being asked whether human reproductive cloning could be happening in a lab somewhere right now. If so, we wouldn’t know, she says. It’s illegal in so many countries, no one would want to talk about it. But one thing is clear, she told me, when we met to talk about her work on the show: in our era of synthetic biology — of Craig Venter’s biological printer and George Church’s standardized biological parts, of three-parent babies and of treatment for cancer that involves reengineered viruses— genetics as we have conceived of it is already dead. We don’t have the language for what is emerging.

It’s one of my favorite things I’ve written, and also one of the strangest. It’s very much keeping with the forward-looking aspects of the book I’m working on. And it has the endorsements of a whole lotta Orphan Blackers, including, Tatiana Maslany, Graeme Manson, and Herter herself, which makes me happy.