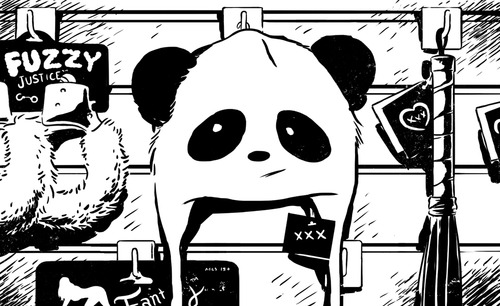 Just about every week for more than two and a half years, I’ve contributed a tiny column about the meeting of history and the present day to the New York Times Magazine’s “One Page Magazine.” The constraints have been considerable — I usually operate in sixty to eighty words, or thereabouts, subject to the vagaries of column breaks and dictates of the stylebook — but within them my freedom has been enormous. When Jon Kelly invited me aboard in the fall of 2012, he said I could write about anything I chose, and he was true to his word. I was sometimes asked to give my draft a second pass, but my subject, no matter how idiosyncratic or obscure, was never vetoed.

Since then I’ve mentioned essays from many of my favorite literary magazines (including Tin House, A Public Space, the Paris Review, and Granta), cultural websites (such as the Awl, the Millions, and the Los Angeles Review of Books), regional magazines (including two longtime favorites, Oxford American and Texas Monthly), and many, many books and writers, from the well-known to the, in today’s parlance, emerging.  I’ve written about language and religion and sex and depression — all favorite subjects — and about Mark Twain, Emily Dickinson, Muriel Spark, Ford Madox Ford, Helen Oyeyemi, Catherine Chung, Jeet Thayil, Muriel Spark, Zora Neale Hurston, Daphne Du Maurier, Sherlock, The Sandbaggers, and Doctor Who. Never once has the first person intruded, except in quotes from someone else or the occasional 6th Floor post.

It’s been an honor and a lot of fun to appear in the magazine so regularly, but I’m regretfully taking my leave of the page after yesterday’s issue to work on my book about the science and superstition of ancestry. Huge thanks to the magazine for having me aboard, and to everyone who’s followed my wide-ranging interests there all this time. My last column is about Elizabeth Bachner’s “How to Shake Hands With a Murderer,” from Spuyten Duyvil’s Wreckage of Reason II.

With this shift, I’m officially, formally, indefinitely and probably permanently retired from anything like regular writing about books. (I need all my brainpower for my own work, and I respectfully ask that everyone please, please, please discontinue sending unsolicited packages to me.)

I have to say, it feels wonderful to be reading novels, when I can find the time for novels, as a civilian again. The three new works of fiction I’ve loved most recently are Laila Lalami’s The Moor’s Account, Emily St. John Mandel’s Station Eleven, and Christopher Beha’s Arts & Entertainments. All are suspenseful, philosophical but not ponderous, and gorgeously written, and all are books that might make you miss your stop on the train. I’m also reading Montaigne, and tons of books on heredity, and I’m re-reading Rebecca Skloot’s outstanding The Immortal Life of Henrietta Lacks.

My essay’s on newsstands until June 17 or so