Nick Bilton’s Hatching Twitter: My review in the NYTBR 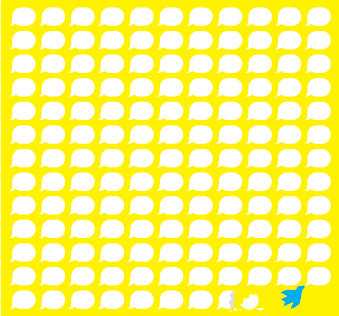 I reviewed Nick Bilton’s Hatching Twitter, a fascinating history of the tweet and its creators, for the technology issue of the New York Times Book Review. Here’s an excerpt:

A hundred and forty characters doesn’t sound like much, but as Twitter has shown over the course of its short, intense life, they’re enough to aid a revolution, ruin a reputation or direct help after a disaster. Critics tend to focus on the irresponsibility or narcissism of the form, or to say it breeds snark or false praise, or that it enables people to feel politically involved when they’re just ranting from their couches.

Sure, Twitter can facilitate the spread of misinformation. It sometimes operates (as a friend of mine once put it) as a live feed from the id. Some people use it solely to tear things down, and others to ingratiate themselves around the clock. And of course political one-liners are no substitute for being on the barricades, no matter how much @pourmecoffee makes me laugh. But ways of tweeting are so diverse that these criticisms serve as a kind of Rorschach test, revealing more about the critic and what attracts his or her attention on Twitter than they do about the form itself.

Twitter’s utility and appeal lies not just in its brevity but in its randomness and ability to surprise. Within its confines, the uses to which it can be put are virtually unlimited. Even now, on the eve of its anticipated I.P.O., its true function refuses to be pinned down, and “Hatching Twitter,” a fast-paced and perceptive new book by Nick Bilton, a columnist and reporter for The New York Times, establishes that uncertainty and dissension about its true purpose has characterized Twitter from its inception.

Maugham on philosophy’s pleasures and limitations

Masha Hamilton, on writing about conflict