My introduction to the conversation with Donna Tartt 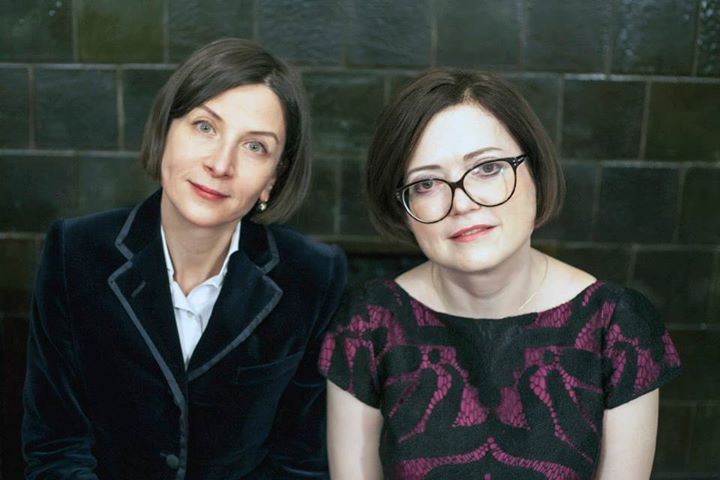 By popular demand, here’s a lightly edited version of my introduction to the conversation Donna Tartt and I had after her reading last night.

There are very few novelists writing today — or in any era, I suppose — of whom it can be said with certainty that they will be read in a hundred or two hundred years. Donna Tartt is an exception. In three gorgeous and propulsive novels, all winding and character-driving but also skillfully, satisfyingly, psychologically plotted, she has combined the immersive Victorian pleasures of someone like Dickens with an aloof, slightly antisocial, lightly barbed perspective not unlike that of Iris Murdoch or Nabokov. Perhaps because her prose is so lush, or maybe because she’s a southerner skilled at sliding the most deadly observations into view in a light, offhand way, critics don’t often remark on how eviscerating some of her characters’ insights are, or how funny. Even as the eras she’s writing about, and the eras in which she’s writing, recede into the past, her writing itself stays fresh and urgent.

A not-yet-twenty-year-old friend of mine who lives in Flagstaff, Arizona probably would have sold a kidney to be here tonight, and she’s not the only person much younger than me I know to be enraptured by Tartt’s novels.

In her latest book, The Goldfinch, Theo turns his gimlet eye on Park Avenue and on Las Vegas, exposing their shallow, unique horrors, but also getting at the weird appeal of each of them. Following his mother’s death and a series of other miscalculations and misfortunes, Theo is hobbled by a choice he makes in the opening pages, and by his inability to know how to set it right, but over time he increasingly lives by his own rules, on his own time, surrounded by friends of his own choosing, some of whom are very definitely not friends his mother would have chosen for him.

As Laura Miller wrote for Salon, “Donna Tartt’s characters have a habit of falling into bubbles of one kind or another, places where they are a bit cut off from the world and where they grow fiercely attached to the handful of other people with whom they share their half-dreamlike existence…. [Even Theo Decker] doesn’t quite seem to occupy the same jangly, information-bombarded dimension as the rest of us urbanites.”

Tartt’s books are set and meander all over, but the spirit of her writing — the gestalt of it — is southern. There are many different souths, of course, and I don’t intend a comparison to the religious steeliness of Flannery O’Connor or the in-your-face harshness of Harry Crews or even to the gentle send-ups of Eudora Welty so much as to call attention to a wry, baffled, deeply disassociated perspective that, despite the completely different lush beauty and stylistic flourishes of her writing, reminds me a lot of Charles Portis. You can see this kinship most of all in some of her essays, and these in turn cast an interesting light on her novels.

In 2005 she wrote an essay for Vogue about making Hunter S. Thompson the beneficiary of her high school life insurance policy. “During those years (when I was either trapped in my cinder-block bunker of a school down in Mississippi or — more entertainingly — roaming drunk around airports as the all-expenses-paid guest of political organizations whose valuses I didn’t share),” she wrote, “Dr. Hunter S. Thompson was my constant companion. I kept his books in my locker at school, and I smiled for group pictures on the Capitol steps with his gloomy voice (psychotic… delusional… how long can we maintain?) echoing in my ears. In my own view, I was a double agent: an outwardly cheerful and apparently harmless American child who had by some insane whim of the governing class been welcomed deep into the heart of Republican darkness. I believed that I was a member of Uncle Duke’s secret army, entrenched behind enemy lines; and furthermore, I believed that I was not alone. I believed that scores of other kids like me were keeping their eyes and ears open in hick towns all across America: a nest of hissing vipers, nursed deep in the bosom of Jesse Helms and the Moral Majority. And I believed that someday, when we grew up, we would take over the country. I was wrong.”

In a 1994 Harper’s essay, “Team Spirit,” she recalled being a cheerleader and reading 1984 to and from football games during her freshman year of high school. Realizing that there was “a certain correspondence between this totalitarian nightmare and my own high school, she writes: “gave me at first a feeling of smug superiority but after a time I began to have an acute sense of the meaninglessness of my words and gestures. Did I really care if we won or lost? No matter how enthusiastically I jumped and shouted, the answer to this was unquestionably No. This epiphany both confused and depressed me. And yet I continued — outwardly at least — to display as much pep as ever. ‘I always look cheerful and I never shirt anything,’ says Winston Smith’s girlfriend, Julia. ‘Always yell with the crowd, that’s what I say. It’s the only way to be safe.’”

This sense of not-belonging, of estrangement from the community while living and moving with apparent seamlessness within it, pervades all her fiction. Her characters are in a lot of different places, but they are very rarely of them.

In Fairy Tale Review, she remembered being read to by her grandmother, the way the two of them returned to some books “doggedly, like religious texts.”

“Treasure Island and Kidnapped were the real bridge for me between the child’s world and the adult’s,” she wrote. “Essentially, they were the books that turned me into a novelist, and they did partly through the beauty of the language and partly through the sheer gallop of story but mostly because they made me preoccupied with the kinds of questions that novelists ask. Why do smart people make foolish decisions? Why are honest people so vulnerable to lies, and trusting ones so susceptible to flattery and manipulation? If all people are fallible — a mixture of good and bad — at what point does the equation tip and a good person become bad and vice versa?…. The word romance has been used to describe (and to dismiss) Stevenson’s work for the last hundred years. But I’ve always wondered more critics don’t see that Treasure Island, despite its fanciful stage trappings (spyglasses, cutlasses, pieces of eight), is despite its many enchantments a work of frightful psychological realism.”

Much of this praise could be lavished equally on Tartt’s own novels. It’s not at all hard to imagine readers finding and returning to them in just this way a century or two from now. 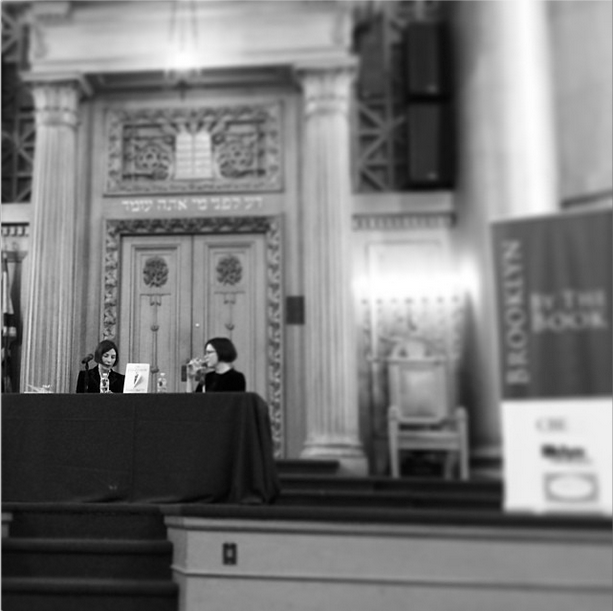 First photo courtesy of Brooklyn by the Book. Second photo swiped from Alana Leigh at Instagram. Related: Tartt’s remarks on slow writing (transcribed by Elon Green and Iris Blasi from last night’s conversation); an essay I wrote earlier this year, “Some Company for Slow Writers,” about Tartt as my inspiration and touchstone in this regard; and the book inscription from last night that I couldn’t help but share.

Maugham on philosophy’s pleasures and limitations