Bertrand Russell on the implications of Protestantism 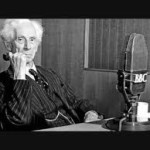 “The Catholic Church was derived from three sources. Its sacred history was Jewish, its theology was Greek, its government and canon law were, at least indirectly, Roman… In Catholic doctrine, divine revelation did not end with the scriptures, but continued from age to age through the medium of the Church, to which, therefore, it was the duty of the individual to submit his private opinions. Protestants, on the contrary, rejected the Church as a vehicle of revelation; truth was to be sought only in the Bible, which each man could interpret for himself. If men differed in their interpretation, there was no divinely appointed authority to decide the dispute. In practice, the State claimed the right that had formerly belonged to the Church, but this was a usurpation. In Protestant theory, there should be no earthly intermediary between the soul and God.

The effects of this change were momentous. Truth was no longer to be ascertained by consulting authority, but by inward meditation. There was a tendency, quickly developed, toward anarchism in politics, and, in religion, toward mysticism, which had always fitted with difficulty into the framework of Catholic orthodoxy. There came to be not one Protestantism, but a multitude of sects; not one philosophy opposed to scholasticism, but as many as there were philosophers; not, as in the thirteenth century, one Emperor opposed to the Pope, but a large number of heretical kings. The result, as thought in literature, was a continually deepening subjectivism, operating at first as a wholesome liberation from spiritual slavery, but advancing steadily toward a personal isolation inimical to social sanity.

Modern philosophy begins with Descartes, whose fundamental certainty is the existence of himself and his thoughts, from which the external world is to be inferred. This was only the first stage in a development, through Berkeley and Kant, to Fichte, for whom everything is only an emanation of the ego. This was insanity, and, from this extreme, philosophy has been attempting, ever since, to escape into the world of everyday common sense.”

Where I more often blog now