On grief — and dying without finishing your book 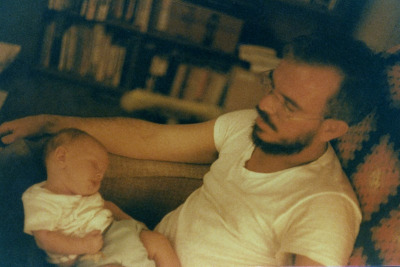 Just about every time my father-in-law (above) and I talked on the phone, we began by filling each other in on whatever progress we’d made with the books we were writing. I don’t remember exactly when he decided to start working on a study of Macbeth, but I remember his interest developing and his arguments germinating, and I remember clinking glasses with him in many different living rooms as he told Max and me about new developments in his research.

I guess I always believed that Larry and I would finish our projects at about the same time. But in June he died, just a few chapters short of a completed manuscript. At his side were the copy of Memento Mori I’d sent him, and Joseph’s most recent essay, which Larry had marked up with question marks and check marks and one “very good.” A teacher to the end.

Like me, Larry was a beginning-obsessed writer. He perfected the start, moved forward incrementally, and backed up again whenever he identified a problem with structure or a hole in his logic. Unlike me, he was remarkably learned and quite conservative. We often disagreed, about literature, about politics, and especially about religion, but I never doubted that he respected me and wanted to hear my opinions. In this regard, and in many others, he differed markedly from my own parents, and I don’t think I realized until his death how much I’d come to think of him as a kind of replacement father. My actual dad and I don’t speak.

When your spouse’s parent dies, grieving is complicated. There is the grief you feel for yourself, for the loss of a person you (if you’re lucky) loved, and there is the grief you feel at seeing the person closest to you dealing with a nearly unfathomable loss. At times the sorrow is literally almost suffocating. These are clichés, but they are also realities, as is the fact that the passing of someone important to you causes you to think about the way you’re spending your own life.

Almost two months after Larry’s death, it’s still very hard to write about him. (Or to think about his book, which Max, Joseph, and I promised him we will try to finish. We have years’ worth of reading to do.) And it’s impossible to imagine ever returning to a life in which I treat my writing like a frivolous hobby or prioritize writing about other people’s novels over working on my own.

I’m genuinely sorry for leaving the site dormant without explanation all this time; I honestly haven’t been able to figure out how to say any of this. Things will continue to be relatively quiet here until I’m feeling better and my novel is done. I hope that will be soon, but it won’t be next week or next month, barring some sort of miracle. The good thing about Internet time is that it only seems interminable when it’s happening.