The Hutaree: like an outtake from Left Behind game 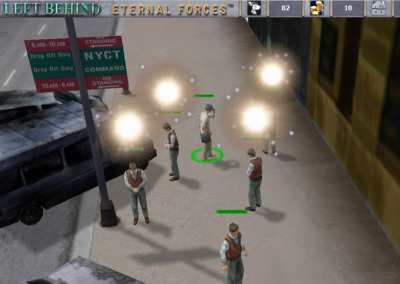 In my latest column at The Awl, I consider whether the End-Times-obsessed Hutaree milita is likely to be an anomaly in the current climate.

It’s hard to know how worked up to get about the Hutaree, the Antichrist-obsessed militia group arrested by the FBI over the weekend for allegedly plotting to kill a police officer, blow up members of law enforcement at the resulting funeral, and thus set in motion the annihilation of the federal government. When the Tea Party kicks you out of its massive tent, and neighboring militias dismiss you as a cult, you might just be out there on the fringiest fringe in Fringeville.

On the other hand, the Hutaree's plots almost sound familiar — like a garbled outtake from the popular post-apocalyptic video game, Left Behind: Eternal Forces, the hands-on companion to Tim LaHaye and Jerry Jenkins' bestselling End Times novels. The object is to "wage a violent war against United Nations-like peacekeepers who, according to LaHaye's interpretation of Revelation, represent the armies of the Antichrist. Each time a Left Behind player kills a UN soldier, their virtual character exclaims, “Praise the Lord!&”. (Eternal Forces was shipped, with the blessing of Bush’s Defense Department, in “Freedom Packets” to soldiers serving in Iraq!)

On the viability of book covers in an ebook world