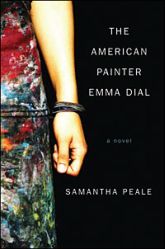 My appreciation of Samantha Peale’s The American Painter Emma Dial is up at NPR.

Young artists often mistake proximity to the art world for the act of creation itself. Nowhere is this error more common than in New York City, where being able to paint and make rent is a question of finding “the right imbalance” between art and paying work. So says the disarmingly candid narrator of Samantha Peale’s first novel, The American Painter Emma Dial, who is not following her own advice. Emma, in the employ of a critically acclaimed painter, hasn’t visited her studio in a year. Her self-loathing is palpable; the prose vibrates with the heat of her disgust.

You can read the rest, and an excerpt, at the NPR site.

Another Russian journalist and activist turns up dead