Ben Greenman on the affinity of writers & strippers

Novelist and New Yorker editor Ben Greenman went on tour to promote his new novel, Please Step Back, which has its own theme song courtesy of funk legend Swamp Dogg. In Portland Greenman stopped at a coffee shop, Powell’s Books, and a strip club. His dispatch is below. 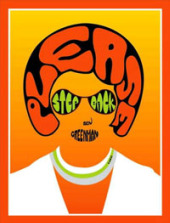 When I landed in Portland, I deplaned indifferently and went through the concourse slower than I would have liked. It was the final stop on my four-city, nine-day West Coast book tour, and I was tired. Authors are lightweights. Musicians can be on the road for months at a time. Athletes travel for every away game. But authors are sedentary creatures, and a week into the tour I was beginning to wilt. I stopped for coffee to try to fix things. There at the coffee shop, I heard two things about Portland that would condition the rest of my time there. The first was from an older woman talking on her phone. “It’s beautiful here,” she said, even though there it was pouring rain outside. An optimist. The second was from a young guy talking to a friend of his. “Portland has tons of strip clubs,” he said. Also an optimist.

When I say that both things would condition the rest of my time in Portland, I mean it exactly. It rained all day long, and every time I tried to wander away from my hotel, I had to turn back. The furthest I got was three blocks, where I waited under an awning just outside a strip club. It was closed, but while I was there, two guys walked by. “Another strip club?” one said. His tone was admiring. In the evening, I went to the bookstore to read. It was Powell’s, and even though the weather was terrible, there was a good crowd. There was also a local TV crew, which was odd, and the reporter was a man named Joe Smith. For more than a second I thought he was an actor hired by my publisher to impersonate a TV reporter to boost my spirits. Joe Smith? Come on.

I spoke to Joe Smith, who seemed more legitimate by the minute. I read. I answered a few excellent questions. When I finished, I noticed that a friend of mine had come out to see me. He’s a writer too, and we stood around for a little while before we realized we didn’t want to be in a bookstore any longer than was necessary. We went to a bar instead with some friends of his, and he introduced me to his girlfriend, who had recently become his fiancé, and who would, in a matter of days, become his wife. She told a story about a whale and someone else told a story about a thief.

Behind us, there was a group of guys drinking cheap beer. One of them said something about a strip club, and that sparked conversation at our table. People shared stories: straight strip clubs, gay strip clubs, friends who had worked at them, friends who were addicted to them. Someone made a joke about my friend’s bachelor party. His face fell a little. There was no party. “Hey,” someone said, “Ben should take you to one of Portland’s finest strip clubs tonight.”

I didn’t know anything about Portland’s finest, but I knew the club near my hotel, and when I mentioned it, my friend nodded. “Okay,” he said. “I’ve never been there, but we can go. It’s supposed to be an alternative rock strip club.”

“Are you just saying you’ve never been there because your fiancé can hear you?” I said.


We dropped off his fiancé and went to the club. The place wasn’t crowded, but it was more crowded than you’d expect it to be at midnight on a weekday. The crowd was diverse, in a sense: there were two beefy young guys with crew cuts, a few weedy types wearing warm-up jackets, one older obese man with a Kangol-style cap. There were two dancing platforms, and, in the corner of the room, a middle-age woman announcing the dancers and playing music: “Paradise City” and “Toys in the Attic” and “Rock You Like a Hurricane.” My friend pointed up to the speakers. “Pretty alternative,” he said.

We sat at the bar and watched one woman on the pole. Well, my friend watched. The woman was behind me, and I felt strange turning and gawping. It was easier facing the other way, where I could track the action in the room. Across the club, girls in skimpy outfits approached the guys in the banquettes and at the bar. We were at the bar. A girl approached us. She was short, with long brown hair and gigantic brown eyes. She would have been pretty outside of the strip club, and she was pretty inside of it. I told her that my friend was getting married, and he smiled sheepishly and bought her a drink. I bought a second drink. Then, because he’s a writer, he started to ask
her questions. They were fairly innocent questions, so innocent she might not have heard them before. Did she like her job? What was it like? Was it ever depressing? She told us about the club manager, and how he watched all the private rooms on closed-circuit TV. She told us about how some of the dancers drank too much over the course of the evening and ended up drunk and compromised in the parking lot at closing time. She was in school, of course, like every other stripper in the world — she said she was studying graphic design, which was plausible, and that she was nervous about her final exams, which was sensible. Behind her, a girl went up and down the pole. My friend asked her for her name, and she said something I couldn’t hear, but which I doubt was real anyway.

“We’re writers,” my friend said. He motioned at me. “In fact, he’s in town for his book tour.”

I borrowed a pen from the bartender and wrote it down for her on a napkin. “Thanks,” she said. “Listen, I’m dancing in a minute. Come over and see me, okay?” She went into the back to undress.

My friend turned his hands palm-up in disbelief. “You gave her your real name?”

“But what if she mentions you on her blog or something?”

“I guess I could have told her my name was Joe Smith, but who’d believe that? Plus, maybe this way I’ll make the Stripper Best-Seller List.”

The house DJ announced our new friend’s appearance, so we collected our drinks and went to sit on the edge of the stage, next to the obese guy in the kangol cap. When she came out, she was naked, which was entirely unsurprising and even a bit dispiriting — during the conversation, she had been attractive in part because we couldn’t exactly see what she’d look like without clothes. She was a beneficiary of imagination. On the stage, she was perfectly pretty, but somehow lesser. She put her legs wide apart. She bent over and looked backwards at us. She hung her head over the edge of the stage into my friend’s lap. We dropped a number of singles onto the stage, and she smiled, which displeased the kangol guy; he tried to regain his advantage by outbidding us. I looked, then looked away, then looked again. It wasn’t particularly sexy, which confused me. Was it my fault? Maybe I needed to drink more. I finished my beer to try to fix things.

The dance lasted two songs, and then that was it. My friend and I went to a banquette, and the girl came and sat with us. It was difficult to pick up the thread of our conversation. Were we supposed to congratulate her on her dancing? Was she supposed to thank us for dropping dollar bills next to her naked body? Something had been added
to the dynamic, and also subtracted.

For a little while, she was quiet, and then she cleared her throat. “No one’s falling in love with me tonight,” she said. It was half-announcement, half-lament. She gave us one brief, fascinating, possibly true glimpse into the economics of the club — she had paid fifty dollars to dance on the feature stage, and to make the money back, she needed to entice at least a few men into private dances in the back rooms. “Those are more expensive,” she said. “But they’re worth it.” My friend and I were done. He went to the bathroom and I went to stand by the door.

As we were walking back to my hotel, it occurred to me that strippers and writers aren’t very different. Both of us demonstrate our skill for the benefit of others, never knowing exactly how we will be repai… No, no. It didn’t occur to me. That’s ridiculous. Strippers and writers are nothing alike, except for their common humanity, and their outsized expectations, and their sadness when those expectations aren’t met, and their essential fragility. I hope her finals go well.