After the Ford-Rhys affair: a correspondence 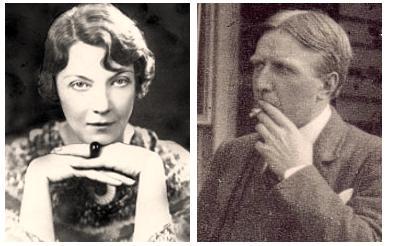 Today Granta posts my exchange with Alexander Chee about Jean Rhys’ and Ford Maddox Ford’s affair and the vengeful novels they wrote afterward.

The level of acrimony packed into Quartet and When the Wicked Man is comparable to that of the Philip Roth-Claire Bloom book-off, if the Bloom character in I Married a Communist had not only been cast as a hopeless drunk but been called a “devil,” a “malignity,” a “blackamoor,” and a tramp.

The beginning of each of our four letters:

The affair actually spawned four competing accounts — not just Rhys’ and Ford’s novels, but another by Rhys’ husband, John Lenglet, and a section in the memoir of the painter Stella Bowen, Ford’s long-time partner and the mother of his daughter. Read the rest here.

See also: my review of Lilian Pizzichini’s new Rhys biography; Alex on discovering Rhys “when I was tired of what I was”; Rhys and the melding of fact and invention in fiction; Rhys on changing a novel’s “morbid” ending; the writing, burning, and rewriting of Wide Sargasso Sea; and Marlon James on Rhys. Addendum: Victoria Mixon compares Rhys’ and Ford’s affair with the relationship between H.G. Wells and Rebecca West.