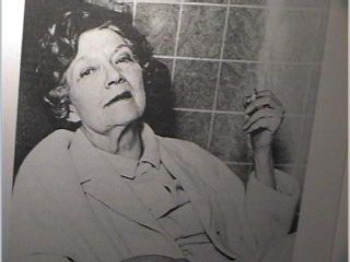 Many writers say that they write what they do because the novels they want to read don’t exist.

I don’t think about my own book quite that way, but to me one of the most frightening things about writing fiction is the corollary to this idea: namely, if you have an individual voice and any skill whatsover, it will occur to you one day, as you obsess over the problems with your latest draft, that you are the only one who can fix it.

Obviously trusted readers are necessary and invaluable; their advice will help when your own vision falters. And once the book is in its nearly final stage, a good editor can pare away the fat and tell you, in a way that shows understanding of your project, what’s missing or not working. But no one else is going to be able to produce the actual words that will make the story work the way you want it to.

Because I’ve been preoccupied with this idea while writing lately, here’s the “You’re On Your Own” or “Revise, Revise, Revise” installment of writers’ quotes.

“Simply stated, maybe too simply, it is the writer’s business to have something of his own to say; second, to say it in his own language and style.” — Katherine Anne Porter

“I think and think for a sentence, and every sentence I think for is wrong, I know it. Then, all at once, the illuminating sentence comes to me. Everything clicks into place.” — Jean Rhys (pictured)

“In the case of a story, the beginning and the end always reveal themselves to me, but not what happens between the starting point and the finish line. There are writers who say that they donâ€™t work this way, that for them the beginning is sufficient, later they look for the best ending, the best solution. I know the beginning and the end, and I have to figure out what happens between them for the story itself, and I can be wrong. So I have to start again when I realize this.” — Jorge Luis Borges

“There is much that I like in the book — it seems to me more simply and clearly written than its predecessors and ingeniously constructed to avoid the tedium of the time sequence (I had learned something from my continual rereading of that remarkable novel The Good Soldier by Ford Madox Ford), but until I reached the final part I did not realize the formidable problem I had set myself.” — Graham Greene, on The End of the Affair

“You need not expect to get your book right the first time. Go to work and revamp or rewrite it. God only exhibits his thunder and lightning at intervals, and so they always command attention. These are God’s adjectives. You [can] thunder and lightning too much; the reader ceases to get under the bed, by and by.” — Mark Twain

The patience of Wyndham