Undercover artist, undercover drone (and never the twain shall meet) 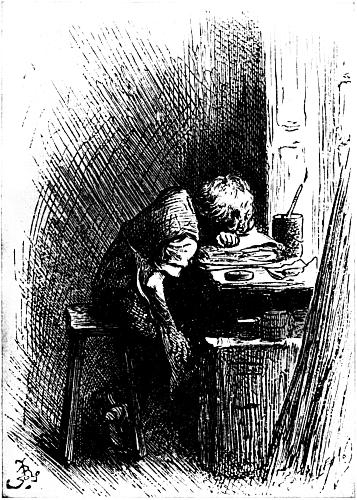 Terry Teachout, a writer, critic, and good friend, writes about a logistical problem I know well: the double lives many musicians, writers, and artists, of necessity, lead.

I recently went to a nightclub to hear a musician whom I know and like. The next morning I got an e-mail from my musician friend, who asked whether I’d recognized the woman who waited on me. The waitress, it seemed, was an actress whom I’d praised in my Wall Street Journal drama column on more than one occasion. “I am totally embarrassed,” I replied. “It was the context — and I’m not sure I’ve ever seen her offstage.” To which my friend responded as follows:

She didn’t mind — she said she preferred that you not see her in her Clark Kent guise. That would be like someone in the business catching me in secretary mode. We all have to do our time in the trenches, don’t you know.

I do know, very much so. Many years ago I worked as a teller in a downtown Kansas City bank, a job that allowed me to pay the rent while simultaneously playing jazz and writing concert reviews for the Kansas City Star on the side. It was one of the most painful experiences of my life, and the only thing that made it tolerable was that for some inexplicable reason, the people whom I knew in my “real” life as a writer and musician almost never came into the bank to do business. Had they done so, it would have broken my heart.

The 1904 drawing is of Dickens at the Blacking Warehouse, where he worked from the ages of 8 to 12.

At last, the Jean Rhys bio