The Prisoner has finally escaped the village 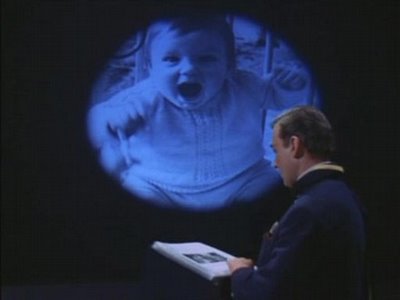 Actor Patrick McGoohan, best known for his role on the eerie and surreal 60’s TV show The Prisoner, has died.

In the show, McGoohan played an agent who’s kidnapped, imprisoned, and interrogated in a village that would look a lot like Disney World were it not guarded by Rover — a giant, trembling ball that bounds after people and smothers them when they try to escape. (I blame The Prisoner for my visceral dread of Pilates.)

There his name is revoked; he is called only “Number Six.” “I am not a number,” he shouts, when informed of his new identity. “I am a human being!”

Mike Cane’s brief tribute to the man and the show notes that the inaugural episode of The Prisoner includes “perhaps the first eBook ever envisioned — a dossier of the agent’s life, seemingly from cradle to the present, with each paper page turn synchronized to a corresponding image on the screen.” (Pictured above; below is a clip of the opening credits.)