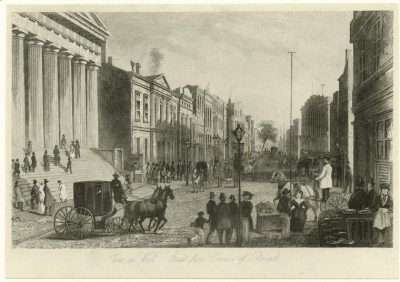 The vitriol thumping through my fingertips into WordPress yesterday caused my browser to crash, sparing you from a long and intricate rant about the economy.

(Topics discussed: tax and fiscal policy; [expletives deleted] Henry Paulson; the [expletives deleted] Treasury Department and the [expletives deleted] illegal tax break secretly handed to banks while everyone was distracted by bailout negotiations; all the money that’s gone straight from the government’s coffers into bank executives’ pockets; what collateral the U.S. actually has to guarantee the money we keep borrowing from other countries; how many homeowners are expected to go into default in the next year; why the argument that liberals caused this catastrophe by mandating risky loans to low-income homeowners is horseshit; who allowed mortgage bond insurance policies to go unregulated merely because they are called something else; and whether unemployment will continue to skyrocket. Also, personal matters, such as job cuts in publishing, friends out of work, and all the health care professionals who are being laid off in Western Massachusetts just as my sister, who took out high-interest private loans — until this semester, when she’s had to work extra days in the emergency room because the banks stopped lending money to students — to finance her education in what was supposed to be one of the most secure fields, is getting ready to graduate with her nursing degree.)

Normally I don’t have trouble bifurcating my attention between my day job and the things I post about here, but I’m very worried. And since I write and read about fiscal matters all day, it’s hard to put them out of my mind. So much so that I’m actually starting to have nightmares about Henry Paulson, who yesterday with a straight face urged world leaders to “avoid over-regulation.”

What scares me most about this recession is that, despite my background, I have no idea how bad it will get or where it will end.

I think I need to step away from the computer for a little while. Have a good weekend.

Drawing of 1800s Wall Street from the corner of Broad found in the NYPL’s Digital Gallery.

Crossword for the holiday