Edwidge Danticat on early — and other — voting in Miami 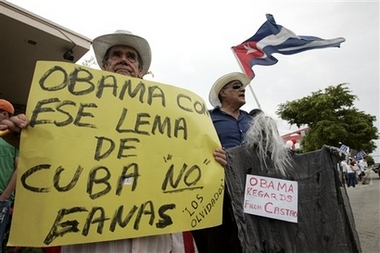 With the election looming, I’m too jittery to do much other than hit reload on FiveThirtyEight. Judging by Granta’s U.S. election feature — with contributions from writers and critics including Daniel Alarcón, Lionel Shriver, Dinaw Mengestu, and Ruth Franklin — I’m not the only one.

Below Haitian-American writer and activist Edwidge Danticat answers some questions about voting in Miami, my hometown, where the 2000 election debacle unfolded. Danticat’s most recent book, Brother, I’m Dying, centers on her father and his brother, Joseph Dantica, who fled violence in Haiti for the safety of Miami, only to die in Homeland Security custody after his tourist visa was disregarded and his medication was seized. She voted for Obama.

Last week you waited for two hours, with 200 other people, to cast your vote. What was that like?

I am lucky I didn’t actually have to stand on line. I went to vote early at a public library in Miami’s Little Haiti/Lemon City neighborhood and when I got there they gave the voters numbers and we could go inside and sit down until our number was called. It took about two hours for me, but thank goodness I was sitting down because I am eight months pregnant and though I really wanted to show up in person to cast my vote in this historic election, if this facility hadn’t been available, I think I would have voted absentee, which would have lacked the sense of history I actually felt casting my vote. Speaking of history, there were new voters there of all ages. It was quite inspiring to see. Middle-aged men and women who said they were voting for the first time.

On Tuesday, Governor Crist extended early voting hours due to massive lines in Miami-Dade and Broward Counties. Do you have the sense that all communities in South Florida are now being equally and fairly served?

There are unprecedented numbers of people voting and in some places very few machines. I am surprised that the people in charge of elections had not anticipated that. Imagine if there had been no early voting and all the voters showed up at the polling places on November 4th. The place where I voted for example had very few machines. You could easily see how voters could get discouraged and staff could get overwhelmed, especially if you add to that broken-down machines and inclement weather. I thought all of these problems would have been foreseen and fixed after the 2000 and 2004 elections. People should not have to wait six, eight hours to vote, especially if they also have to work that day.

I am not sure all communities are being equally served. I think the number of voters expected in African-American or Afro-Caribbean communities for example might have been underestimated. We’ll have to see on Election Day. I am glad the Governor decided to extend the early voting hours last week though. I know he took a lot of heat from some in his party, but this was a truly good example of putting country first.

I’ve been worried about the voting facilities in Little Haiti, Liberty City, Overtown, and other communities that Miami has a history of, let’s just say, not making a priority. Seeing Laura Paglin’s No Umbrella, about the missing ballots and broken machines in an African-American Ohio community during the 2004 election, didn’t help.

As a naturalized citizen, born in Haiti, where elections are often monitored and contested and their results sometimes outright overturned by the United States government, via regime change, I am still puzzled that we don’t have smoother and more transparent elections here in the United States.

For people around the world, who are always told by the U.S. how to prepare for and hold their elections, the fact that the Bush/Gore election of 2000 (and to a certain extent the election of 2004) was such a mess was really troubling. I hope this year we have a transparent and clear election with uncontestable results, because how can we tell the Iraqis and others how to democratically choose their leaders when we still seem to have so much trouble with it ourselves?

You wrote earlier this year that a woman at a South Florida shopping center, on seeing your Obama bumper sticker, pointed and shouted, “The horror!” And earlier this week, two Cuban-American Obama supporters were surrounded outside a McCain rally by an angry mob that was shouting ‘Terrorist!’ ‘Communist!’ ‘Socialist!'” Although Miami’s demographics are shifting, and many younger Cuban voters have broken ranks with the older members of the exile community, several friends in South Florida tell me the “socialist” meme has legs — and the AP photos of all the protest signs tying Obama to Castro are evidence of that. Are things getting even more tense as Election Day approaches?

This election has been so emotional for some people that anything gets said. Now there are a whole lot more open Obama supporters around, so the hostility has lessened since say, last year. But still the other night outside my house, a guy who was putting up banners on the street around eleven o’clock shouted a slur at the Obama sign outside our house and tried to take it down until I flicked the lights to show him I was watching. We’ve had one other Obama sign stolen — we like to think they’re too cool to pass up — and another picked up and thrown into our yard. And we live in Little Haiti, where only one treasured neighbor that I know of openly supports McCain/Palin.

We can’t help but assume that there are people who dedicate themselves to cruising different neighborhoods for sign removal. So it’s all raw nerves and of course it’s sad when people are calling out the terrorist, communist, socialist labels, perhaps instead of what they really want to say, which might be a whole lot worse. Here in Miami though, these kinds of accusations of socialism and communism are closer to the surface given how emotional the issues concerning the Cuban exile community are. Some of the Republican politicians and surrogates have been saying the word “socialist” a lot louder here, I think. They know that if they say to someone whose family is still living in Cuba and can’t visit, or someone whose relatives escaped Castro’s regime, that we’re going to become a socialist country, it will be taken extremely seriously.

I worry no matter how this election turns out that there are people who many never speak to one another again. I have friends who say I don’t think I can ever speak to so and so again on the other side. I hope when this is all over, that after we all recover, we can figure out (forgive my inner Pollyanna here) how to rejoin each other in a civil way.

I tend to be pretty pessimistic about presidential elections, but I think — I hope — Obama will pull this one out nationally. I’m not so sure about Florida, though. Care to make a prediction?

I’m keeping my fingers and toes crossed, but I’m pretty superstitious myself and I want to wait and see. I just hope everyone who wants to, and is eligible here in Florida and elsewhere, gets to vote on Tuesday, and hopefully every vote will be counted.