The canon: From the Bible to Plato to …. Star Wars? 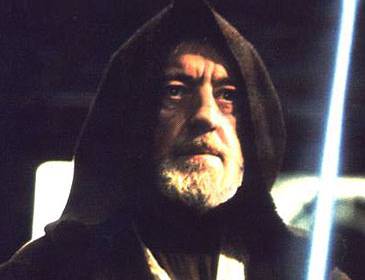 This month at Wired, my buddy Chris Baker meets Leland Chee, the Star Wars franchise continuity cop. Chee works for the licensing arm of Lucasfilm, and is tasked with ensuring that every Star Wars book, comic, game, and movie conforms to the preexisting continuity.

Baker examines, among other things, how fans of genre fiction have co-opted the term “canon,” which was originally used to distinguish the Biblical texts thought to be the inspired word of God from those that were apocryphal. If some SF franchise must one day join Plato in the relevant OED entry (quoted here), I vote The Prisoner or Battlestar Galactica — or, really, just about anything other than Star Wars.

4. The collection or list of books of the Bible accepted by the Christian Church as genuine and inspired. Also transf., any set of sacred books; also, those writings of a secular author accepted as authentic.

Also in Wired this month: Steven Levy profiles Neal Stephenson and his new book, Anathem, which clocks in at a career-high 960 pages. In this book, Baker tells me in email, Stephenson’s “done some real Tolkein-style world-building.”

Incidentally, if you missed Baker’s October 2003 MaudNewton.com guest-blogging stint, check out some of the highlights.

The fate of Kafka’s papers may soon be decided

No weaning away from the people we love and lose