At Narrative, Conversations You Have at Twenty 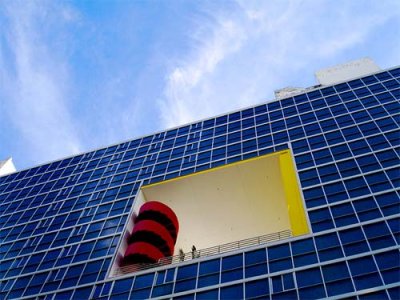 Conversations You Have At Twenty, my essay which won second prize in Narrative’s Love Story Contest and is forthcoming next year in the Plume anthology Cross My Heart, Hope You Die, is online now. You can read for free, but you’ll have to register first.

Mostly the piece, er . . . doesn’t lend itself to excerpt, but here’s a small, somewhat peripheral section:

Mindy feathered her hair back in a style ten years out of vogue. She kept it a purplish red that drained all the warmth from her already wan complexion. Her eyes were dark brown, almost black, and there was something dead in her gaze — maybe only a reflection of the gray half-moons that lay beneath her eyes like an accusation. As far as I could tell, she didn’t sleep. She stayed up all night, worrying and starving herself.

It was 1991, the era of aerobics and bicycle shorts, of frozen yogurt and rice cakes and baked potatoes as health food. Mindy’s larder was stocked with fat-free pudding, fat-free butter substitute, fat-free cheese product, fat-free wheat bread, fat-free frozen waffles, and bananas. She said sheâ€™d once gone two years without eating solid food. “I lived on laxatives and fruit juice,” she told me, “and I annihilated my colon.” Perhaps this explained her enthusiasm for enemas. Her bag hung by its tubing from a hook in the bathroom, right above the basket of Playboys that, within an hour of my meeting her, she chastised Jake for hiding from me in the closet.

“Where are my naked girls?” she called from the hallway, where her robe had fallen open to reveal a lacy black bra and underwear. “Where did you put my magazines?”

“Why are you such a disgusting pervert?” Jake said. “And put your fucking clothes on. Did you forget you’re meeting my girlfriend?”

Mindy led me by the hand to the magazines and opened one. A University of Georgia coed who professed to enjoy “a whole lot of sugar in my black coffee” lay back on brownish-pink satin sheets exactly the same shade as her nail polish and her nipples.”It’s nice to look at other women’s tits,” Mindy told me. “It makes you feel sexy.”

She worked as a junketeer, organizing gambling trips to Vegas, the islands, and Atlantic City. Sometimes a high roller gave her money to stay in his room for the weekend. Between trips she supplemented her income by blowing her boss at $50 a pop.

I was a Docs-wearing, Shulamith Firestone-reading, porn-hating feminist, but as I leafed through the magazines later, I could see her point.

Elizabeth Stuckey-French’s Interview with a Moron and Janet Burroway’s Blackout are also online now, for your reading pleasure.