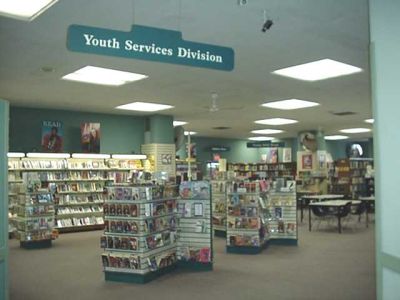 A couple years ago, in email that the Telegraph’s Peter Robins recently called “a marvelous blast” of “municipal librarian machismo,” an old friend excoriated me for criticizing the New York Public Library.

This friend, the amazing Christian Zabriskie, moved to Brooklyn last year and now works as a children’s/young adult reference librarian at the main branch of the Queens Library in Jamaica. (His daily commute from Sunset Park alone would kick your ass.) Z’s also a renowned expert on the use of anime and manga to spur applied literacy and interest in reading.

Now he’s starting Urban Librarians Unite, which he calls a loose social and professional group of librarians in New York City. “The idea came from going out for beers with a couple of people from BPL and realizing that there was really no cross talk going between the systems,” he explains, emphasizing that this is not a meeting of the Desk Set.

Those guys are really just much more hipster cool than we hope to ever be. What I am trying to do is get people together, particularly people working in the big three public systems, to talk about how our work as urban librarians presents unique opportunities and challenges not necessarily represented in the professional literature, which is mostly dominated by suburban systems.

This is probably giving it a greater weight than I really intend. Mainly I just want people to have a chance to meet, greet, and talk, all while oiled up on cheap beer and food.

The first meeting — on Tuesday, May 20 — was at Long Island City’s The Creek and the Cave, a space (I can attest) with “lots of space, cheap drinks and grub.” The neighborhood was chosen because it’s right on the border of Brooklyn and Queens and one stop away from Manhattan. (“Sorry, Bronx and Staten Island librarians,” Z writes, “but we are doing the best we can here.”)

All librarians and MLS folks are welcome as are all wives, husbands, partners, and anyone who is so directly connected to a working librarian that they know what the words “collection development policy” mean and can comment on one without batting an eyelash.

I’ll remind you closer to the date, and will let you know if the spot changes, but the meetings will be the third Tuesday of each month at 7 p.m. “[L]ook for bookish yet achingly cool people. We’ll be seated at the next table.”

A bedtime story to soften the nightmare of the Bush years

Higher education in the land of the free