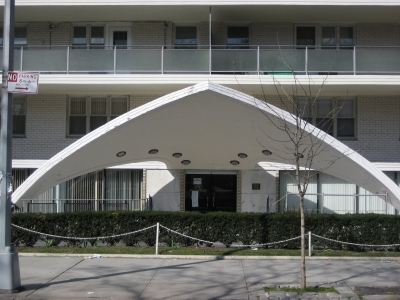 Walking up Ocean Parkway has always felt a little like being in Miami north of South Beach on Collins. I figured the sensation would dissipate once I moved there.

Three months later, though, despite all the red brick and Northeastern foliage, it still seems like I might stroll a couple blocks toward the park and stumble on the Fontainebleau. The illusion is nice; I miss South Florida less this way.

But maybe not for long. Once a place gets the New York Times Real Estate section treatment, there’s no telling what’ll happen to it.

Meanwhile, back in my old ‘hood, residents look to crown the worst architect ever. We’re down to two contenders: Karl Fischer and Howard Roark. See also What Roark might have brought to Williamsburg.