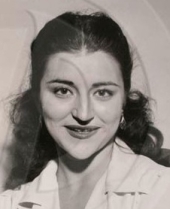 All her novels were out of print when Teddy Roosevelt’s granddaughter, the talented and scandalous writer Theodora Keogh, died in obscurity a couple months ago.

Last week I discovered (and briefly mentioned) that several of them were revived as 80¢ e-books for Amazon’s Kindle. The Kindle itself, however, was sold out. (Also, it costs four hundred dollars.)

In case you haven’t noticed, I’ve become a little obsessed with Keogh.

(Did you know that there is some question whether the margay actually chewed off attacked her ear at the Hotel Chelsea?* The marvelous Brooks Peters has had some fun comparing the 1936 film Theodora Goes Wild with the author’s life.)

This weekend, while I was supposed to be doing other things, I found that a number of the books being sold for the Kindle are also available in PC- and PDA-compatible electronic format.

Just download some free software, pay four dollars, and you can have almost half of Keogh’s nine novels at your fingertips in just a few minutes. You don’t get to hold the book and feel the pages as you turn them, it’s true, but what a great way to rescue out-of-print fiction when publishers aren’t getting to it.

Image taken from Brooks Peters, who says it comes courtesy of Dave Kiersh.

* Update: Joan Schenkar, a friend of Keogh’s and Patricia Highsmith’s biographer, writes in to correct the record: “Theo’s ear was NOT bitten off by the margay. The margay nipped a little piece of it, and Theo kept her hair down to cover it. It did happen in The Chelsea Hotel.”