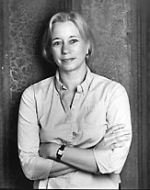 Between Lush Life, Amok, and my granddad’s shooting, last week was unexpectedly devoted to crime here at MaudNewton.com.

Today I’m extending that theme by giving away a full set of my friend Laura Lippman’s fifteen Baltimore crime novels. (Another Thing to Fall, the latest in her Tess Monaghan series, appeared earlier this month.)

My favorite of Lippman’s books is the stand-alone Every Secret Thing — surely, as Lippman told Lizzie Skurnick in 2003, “the most hard-boiled book ever to begin with a Barbie doll.” Here’s more from Skurnick’s profile:

Lippman’s thoughts about the virtual crime dynasty she and [husband David] Simon are building in Baltimore are mixed. “If anything, I feel guilty about the fact that most of the crime stories I tell are not the true stories,” she says. “The true story is, another 15-year-old black kid was shot to death last night.” Simon, Lippman feels, may be doing the better job of getting those stories off of the street and into the public consciousness [through The Wire]. “Perhaps the challenge which [he] has met that I have not is to take the reality and make a riveting narrative out of it.”

Lippman is selling herself short. Though not ripped from the headlines, Every Secret Thing combines the classic elements of an urban mystery with the depth and feeling of the best literary fiction. Like a modern-day Theodore Dreiser, Lippman uses a merely sensational story to explore the explosive intersection of race, class, and human frailty in a Baltimore neighborhood.

The novel begins with the haunting image of the wet footsteps of two 11-year-old girls, Ronnie Fuller and Alice Manning, disappearing into the pavement on a hot summer day. Ejected from a birthday party, the two girls kidnap a baby, then murder her. The child, Olivia Barnes, is the daughter of Cynthia Barnes, a spokeswoman for the mayor and also–not incidentally–the daughter of a prominent Baltimore judge. Ronnie and Alice are white. The Barnes family is black.

Seven years later, when the girls have been released from the juvenile justice system, young girls begin to go missing again….

Every Secret Thing is alternately told from the point of view of each of the above characters, a conceit that Lippman updates from Richard Price’s 1992 novel Clockers. “Clockers is all male, so I knew you could sit down and have a crime book told entirely from the point of view of men, and no one would ever notice,” Lippman says. “I just thought, I’m going to write the toughest crime novel I can where all the main characters are women….”

If you’re interested in the Lippman library, and you haven’t already won one of my giveaways, email me at maud [at] maudnewton [dot] com before 9 a.m. EST tomorrow (3/26), with “Baltimore crime” in the subject line. All entries will be assigned numbers based on the order received, and the randomizer will choose a winner. Hannah R. wins the set.

After many a summer, Huxley revived