How publishing likes its Southerners? 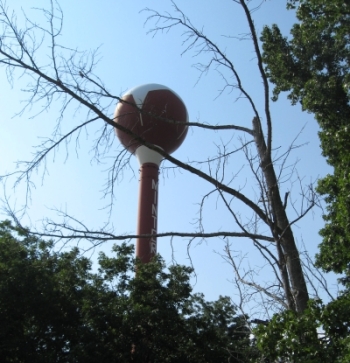 In the current Oxford American, David Payne charges that the Northeastern publishing establishment disdains Southern writing. Partly this is a result, he contends, of economics and demographics, but mostly it is due to the “otherness” of the region.

Some of this warmed-over lit-crit lingo grates, especially when placed in service of some strained and troubling arguments about race, but I do agree with this: “[T]he bias against Southern writers is an example of a lingering Northern bias against the South itself, which has historically played the role of shadow in America’s collective psyche.”

Many Southern writers fear — more than fear, suspect — that Northern readers, editors, and reviewers … — secretly see us in this light, as primitive, ignorant, violent (but musical) racists, and start out predisposed against us, if they start toward us at all. (And it’s worth asking whether lisping Truman and flamboyant Tennessee, weird Flannery and quaint “Miss Eudora” weren’t perfectly aware of how exotic they appeareed to Northern audience and, in addition to the talents they had to spare, succeeded by making of their “Southernness” a stock-in-trade.)

In the course of making his argument, Payne both excoriates Northerners for their prejudices and caricatured notions of Southerners and indulges in some broad generalizations of his own, tying the South to a more emotional, more pastoral tradition.

His more sweeping claims are problematic, but Payne may have a point about the general attitudes. Having grown up in Miami, I don’t really count as or sound Southern, but I’ve grown so weary of listening to Pashmina-draped publishing types hold forth on Red America (by which they really mean Texas) at cocktail parties that from time to time I fantasize about carrying a can of Skoal in my bra so I can whip it out at strategic points with a thick and lingering “y’all don’t mihhhnd, do you? Wouldja lihhhke suhhme?” First I guess I’d have to brush up on the art of dipping.
What really caught my attention in Payne’s piece, though, is his observation about the acceptance of Southern writers who “eschew[] Southern setting and subject matter.”

Mississippian Richard Ford, for instance, made his reputation writing in the voice of a sportswriter from Haddam, New Jersey. Cormac McCarthy, after setting several novels in his childhood home of Knoxville, left the South, literally and figuratively, and gained attention writing about the West. Anne Tyler, though a Southerner, writes of a Baltimore with little native inflection. Barbara Kingsolver, who grew up in Kentucky, wrote for years of the Southwest, and then of Africa, and only late into the game, and from the vantage of success, returned to her Appalachian roots.

I’ve been interested in this phenomenon for years — and once even ran a guest piece by the kudzu-sidestepping Robb Forman Dew on the subject — particularly in the case of Richard Ford, whose early work I sometimes admired but whose last novel I strongly disliked.

What Payne says about Ford’s Sportswriter books isn’t wrong, but it’s misleading. Frank Bascombe, the beloved protagonist of the trilogy, may live in New Jersey, but he hails from Mississippi. More than that, he’s every Red-America-hating Northerner’s fantasy: a liberal Southerner who has repudiated his backward origins and relocated to the moneyed, decorously progressive suburban North, yet retained enough of his native ’50s vernacular — most notably, the frequent use of the word “Negro” — to lend him authenticity as a uniquely enlightened representative of the place he’s left behind.

While there may be some support in Ford’s early work for the frequent comparisons of Bascombe to Walker Percy’s Binx Bolling, The Lay of the Land is, as Michiko Kakutani has said, an “unnecessary and by-the-numbers sequel.” “Nearly every minute of these three days in Frank’s life is chronicled in this nearly 500-page volume,” she says, “which means that the reader has to hear about every time he needs to visit the men’s room, every time he gets in his car, every time he has a phone conversation.”

Percy’s later books were disappointing, too, but even in the highly didactic The Thanatos Syndrome there was at least some action in the form of a team of evil scientists bent on anesthetizing everyone by putting chemicals into the drinking water. 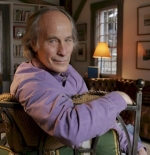 Of course an artist and his work are two different things, and should be considered in isolation, but I can’t help but wonder whether the critical deference shown to Bascombe’s story even after this latest, tedious book is in some way related to the amused tone so many people take when talking about Ford’s own shenanigans.

Once, when a fellow writer gave him a negative review, he carried her book out into the yard and shot it and then mailed it to her. In 1999 he took a trip with Stanley Crouch up the Mississippi River — a la Huck Finn — to talk frankly about race, but didn’t admit until months later, when writing about the excursion for the New York Times Magazine, that he had recently remembered some letters, “full of gossipy, writerly, often adolescent-seeming boisterousness,” and written in the early 80’s, in which he “expressed myself using offensive racist slurs.”

In one instance, in response to a negative review of my friend’s book written by a famous critic I’d been told was black, I wrote to my friend, ”Who’d have thought he was just a n[—–]?”

Strangely, not a soul has mentioned this remark in conjunction with Ford’s most recent outburst: in 2004, he spat on the talented Black writer Colson Whitehead (whom, I should note, I once interviewed about his fiction) in retaliation for a negative review of Ford’s story collection A Multitude of Sins. Then he called Whitehead a “kid.”

Asked about the episode, Ford has given the time-honored response of a certain kind of Genteel Mississippian (see, e.g., some of my paternal forebears, including my father). “That,” he said, “is not any of your business.”

What Shamu taught me, in book form