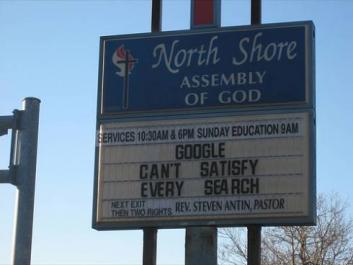 As a devout agnostic who’s as turned off by the proselytizing atheism of Richard Dawkins, Christopher Hitchens, et al. as by my mother’s blaming and weirdly self-congratulatory brand of Evangelical Christianity (think Jesus Camp), I was interested in much of what Peter Bebergal and Scott Korb had to say last summer at Jewcy in “What the Angry Atheists Get Wrong.”

Below Korb, a self-proclaimed Catholic atheist, talks about his Christian-inflected faith in the things of this world. He and Bebergal are touring in support of their new book, The Faith Between Us: A Jew and a Catholic Search for the Meaning of God. You can catch them tomorrow night at Madison’s University Pres House at 7:30, and on Thursday night at Chicago’s Fixx Coffee Bar, also at 7:30 p.m.

Near the end of my new book, The Faith Between Us: A Jew and a Catholic Search for the Meaning of God, coauthored with Peter Bebergal, I do what I thought was only fair (and Peter agreed): I acknowledge that I’m an atheist. (For the record, I’m also the Catholic.) As of this writing, my search has ended there. The book, which for my part details a kind of OCD-ish belief in God, from a longing for the lonely aspects of the priesthood to the sense that my facial tic was God’s way of keeping me on the straight-and-narrow, is the best account I could give of what faith has come to mean to me over the past seven years, more or less the time I’ve known Peter.

It’s no coincidence, of course, that my faith has changed over this time, but those changes — what I call in the book an “ongoing religious conversion”– do not owe everything to Peter and his influence on me (or mine on him). My current atheism, in fact, owes most of its debt to the early death of my stepfather, Paul, — and, to a lesser extent, to the earlier death of my father, Frank — and my sense of what Jesus was teaching with the most famous of his parables, the one about the prodigal son.

That parable is usually taught for what it has to say about compassion and forgiveness, for its message that it’s never too late to repent and its promise of homecoming (typically, all with the Christian emphasis on Heaven). I find that another more telling message — one that underscores my atheism and comforted me when my stepfather died — is often overlooked or underemphasized. When the older brother complains to the father after the prodigal returns, the father reminds him of the value and always-thereness of his real inheritance: “Son, you are always with me, and all that is mine is yours.”

In some of his last really clear moments, Paul said something similar to me. I write in the book:

“When I’m gone, you have to take care of your mother,” Paul said.

“You have to take care of your mother when I’m gone. She’s already been through this once.”

That was the charge of faith, of humility and of selfless compassion. He spoke to all of his children as the faithful adults we were. Seemingly not concerned with his own salvation, nor fearful of death, not presuming a thing about God in the afterlife, Paul knew only his obligation to my mother, to his faith in the things of this world. He acted out that faith in awarding us our inheritance.

My faith is entirely about the things of this world. I don’t believe in God, at least not in any sense I would have recognized as a child, or in a sense that most people can identify as even Christian anymore. And I certainly don’t believe in Heaven. So, again, it seems only fair to call myself an atheist. But still, I go to church every week, I celebrate holidays as a Catholic, and most important, I use Christian mythology to shape my ethics.

Since the release of the book last November, though, some family and some Catholic friends — to say nothing of readers confused by what I could possibly mean, then, by Catholic atheism — have responded with misgivings. “I hope you’re wrong,” is what my mother said when she first read the book. An editor-friend said exactly the same thing when we met at his office after Faith came out for what he smilingly called a “pastoral visit.” (Neither of us are pastors, though he’s probably closer.)

At first I took “I hope you’re wrong” the wrong way. It meant they hadn’t read closely enough. It meant they didn’t take my point: There’s no reason to hope for, much less believe in, the afterlife. (I agree with religion scholar Karen Armstrong that there are some very bad reasons for believing in the afterlife. The afterlife, she argues, is about preserving your ego “eternally in optimum conditions.” And for that matter, she notes, “A lot of people see God as a sacred seal of approval on some of their worst fantasies about other people.” I’ve seen this — who hasn’t? — and it’s ugly.)

But now, now that my mother’s repeated herself (more than once), I realize that by hoping, she and my friend, too, are doing something as Christian as it gets. (Something I insisted I was doing, too, during that recent pastoral visit: namely, that my Catholic atheism is just as Christian as his Catholic theism. We’ll argue about this for years, we agreed.)

Another favorite moment from the New Testament comes in St. Paul’s first letter to the Corinthians. Like the parable of the prodigal son, this section is very famous. Regardless, it goes: “But now faith, hope, love, abide these three; but the greatest of these is love.”

And those people who hope I’m wrong are worrying for my sake and for their own, and in hope that we’ll meet our dead loved ones again when we die. (They’re hoping, in a sense, that when we die we won’t really die.) Yet, in their way and through their hope, they’re expressing the greatest Christian virtue, and arguably the greatest religious virtue, there is — which, it is profoundly important to note, is not belief itself, but love.

They don’t know I’m wrong any more than I know they’re wrong. But in good faith they hope I am because they love me.