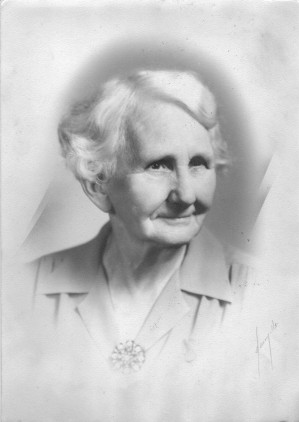 I’m amazed at how radiant and kind-faced Gran Newt, my great-great grandmother on my dad’s father’s father’s side, looks in this photo, considering she raised her children in a house without a ceiling. Her son told the Drew, Mississippi newspaper it was so frigid on winter mornings that “when papa would walk through the hall to the other side of the house his mustache would freeze.”

I wish I had a tenth of her fortitude. My drafty railroad apartment has a (sometimes leaky) ceiling and (sort of) working radiators, but when the wind chill dips to zero, out come the fingerless gloves and turtleneck, and, while typing at the kitchen table, I start to look a lot like another great-great grandmother, Martha Caroline. That kind of frown has a way of becoming permanent.