Reading, democracy — and the Queen of England 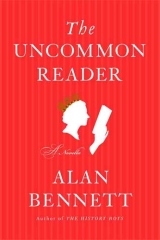 In the introduction to his 2004 play, “The History Boys,” Alan Bennett accused Britain’s “so-called Labour Government” of “stamping on the grave of what it was once thought to stand for.” Though he offered this indictment while lamenting the death of free university education, his other writings reflect a disgust that encompasses essentially the entire Tony Blair era. It should come as no surprise, then, that the Labor prime minister who visits the queen each week in Bennett’s clever and entertaining new novella, “The Uncommon Reader,” is smug, disingenuous and remarkably ignorant, a politician who does not “wholly believe in the past or in any lessons that might be drawn from it.”

“The Uncommon Reader” is about what happens when the queen of England (yes) begins to read. The book opens with Her Majesty’s corgis tearing off along a palace terrace to yap at a traveling library parked outside. Out of politeness, the queen randomly selects a book by Ivy Compton-Burnett — a name she recognizes — and checks it out. “A little dry,” she tells the man when she returns it.

Next, she takes home Nancy Mitford’s “The Pursuit of Love” — “a fortunate choice,” Bennett suggests, for “[h]ad Her Majesty gone for another duff read, an early George Eliot, say, or a late Henry James, novice reader that she was she might have been put off reading for good. . . . Books, she would have thought, were work.”

Luckily, the queen is not put off reading; just the opposite. Soon she has embraced not only light fare but also classics. She becomes a reader, in other words, picking up the eccentricities that a passion for books tends to engender: perpetual lateness, poor grooming, an unwillingness to embark on pointless day trips.

Bennett recently discussed the book at NPR. (Via Amitava Kumar. You can read the first chapter here.)