Stripping away the distance (and the flooring) 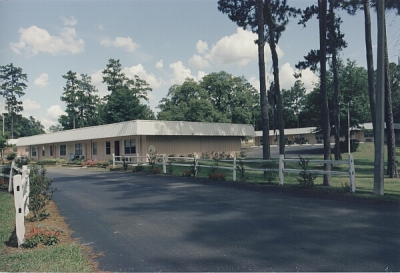 A couple weekends ago I was still struggling with that essay about my ex-boyfriend. I’ve tried to write about our relationship many times over the years, in at least five or six completely different ways, and I was starting to worry that this was just the latest abortive attempt when my friend Phil sat me down and told me to strip away the distance. He told me to make those years exactly as fucked-up on paper as they actually were in life.

I was annoyed. Easy for him to say, I thought. This is my fucking life, and my fucking essay, and I’ll write it the way I want.

But once the three-year-old in me quieted down, I tried following his advice. Now I’m putting the finishing touches on something that I’m not sure anyone related to me by blood or marriage should ever read.

Apart from Phil’s advice, it helped to hear Joshua Ferris read from his New Stories from the South contribution at McNally Robinson last week. “Ghost Town Choir” is funny, but, like his novel, it’s also sad, and true. I admired the piece when I read it in the anthology, but hearing it out loud, I was struck by Ferris’ deft interweaving of first-person narration with the most natural dialogue.

The action transpires in a trailer park following a break-up. I’ll include an excerpt here, from the perspective of a young boy whose mom has split with her boyfriend. As you’re reading, be sure to pause in your head every time someone speaks.

When I got home she was pulling up the kitchen floor. She had on her tool belt, and about a hundred tools were everywhere except for in her tool belt, and her bangs were sticking to her forehead like how they do when she cleans. About half the floor had been peeled away. “Mom, what are you doing?” “What does it look like?” she asked, without looking up. “Okay, but why?” “Because it’s brown,” she said. I didn’t understand. She looked up finally and swept her hand across the trailer. “Just look around you, Bob,” she said. “Everything’s so fucking brown. Aren’t you sick of it?” I didn’t know what she meant other than the TV and the lamps. And the fridge was brown. And the carpet. I guess I never noticed before how much brown we had with us in that trailer. “How come you don’t like brown?” I asked. Then she pulled up the floor really hard with some kind of gripper tool. Her face was scrunched up from it. That strip tore like saltwater taffy all the way across the floor to the carpet. Then she breathed.

“Brown,” she said, leaning back on her knees, “is the color of men.” She started to count off on her fingers again. “Brown smiles, because their teeth are brown. Brown mustaches from their tobacco. Brown penises swinging all over the place, standing up to say hi under the brown sheets. I’m sick of those fucking sheets, too,” she said. “They’re going. We’re starting all over again at the Wal-Mart.”

I went out to play in my fort, and when I came home, she had painted some of the house. I went in for some bologna, and my hand came back all cold and wet and white. She was at the kitchen sink, cleaning off the paintbrushes. “Oh, Bob, she said, “I just finished with that. Now look what you’ve done.” “Mom,” I said. “You painted the fridge?” She took one of the paintbrushes and smoothed out the handle of the fridge where my handprint was. “Why’d you paint the fridge?” I asked. “Weren’t you sick of putting your food in a cold turd?” she asked. “Don’t you want a fridge that’s white, like in the commericials?” I looked at it up close. It looked dirty still because the brown showed through the new paint. “Don’t you ever just get sick of your old life?” she asked me. “Don’t you ever want change? Even if it’s just a color? Just some stupid change?”

I can’t write like that, but it’s good to have something to aspire to.

Woolf on treks to authors’ homes