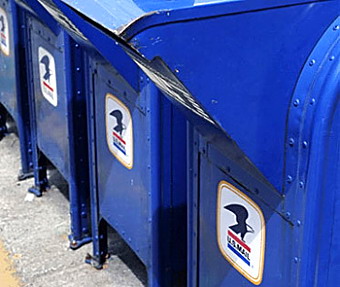 National Security Letters are administrative subpoenas that “give the government virtually unlimited access to electronic communications transactions records, including those of Internet service providers and public libraries. Recipients of NSLs are bound to perpetual silence by a gag order.” Presently FBI field agents issue NSLs with no judicial oversight.

The bipartisan National Security Letter Reform Act of 2007, introduced by Senators Russ Feingold (D-WI), John Sununu (R-NH), Dick Durbin (R-IL), Lisa Murkowski (R-AK), Ken Salazar (D-CO), and Chuck Hagel (R-NE), is a response to a report by the Inspector General of the Department of Justice documenting widespread misuse of NSLs and to two federal court decisions striking down the NSL provisions of the Patriot Act as unconstitutional.

Passage of the USA Patriot Act gave the FBI virtually unchecked authority to issue these administrative subpoenas without oversight, and the Inspector GeneralÃ¢â‚¬â„¢s March 2007 report confirmed that the number of NSLs issued by the FBI has skyrocketed, with more than 140,000 requests for information served between 2003 and 2005, and that more than 1,000, and perhaps many thousands, of those requests potentially violated laws or agency rules. Earlier this month, U.S. District Court Judge Victor Marrero ruled for the second time that the NSLÃ¢â‚¬â„¢s gag provision and lack of judicial review violated the First and Fourth Amendments to the Constitution, noting that changes which Congress made last year had failed to correct the fundamental flaws.

The NSL Reform Act would correct many of these flaws. Among other things, it would require the government to make an individualized determination that each record sought with an NSL relates to someone with a connection to terrorism or espionage, and it would place a time limit on the gag order (which could be extended by the courts, if necessary). Significantly, the legislation would also establish an individualized standard of suspicion for Patriot Act Ã¢â‚¬Å“Section 215Ã¢â‚¬Â orders, which allow the FBI to seize any business records, including library circulation and bookstore transaction records, merely by telling a secret FISA court that the records are Ã¢â‚¬Å“relevantÃ¢â‚¬Â to an investigation.

Drop a quick line to your senators and house members letting them know you support the measure.

In less encouraging news, see “Dear Federal Government: These are the books I took with me on my last international trip, just in case you missed them.”

In the churchyard at Stinsford