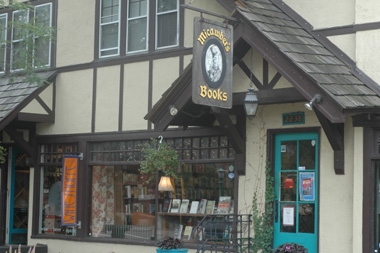 Micawber’s, the last indie bookstore in the Twin Cities not owned by a millionaire best-selling author, is a little gem of a shop that has no need to rely on seven-figure advances or “Buy Local” encouragements to survive. The now-defunct Odegaard’s and Hungry Mind/Ruminator were also very good stores, landmarks, even, but they were all-catering, large-minded literary marketplaces that Barnes & Noble and Borders studied, improved and then replicated on a national scale.

The only thing that Odegaard’s and Hungry Mind provided and the big chains lacked — and I know, I worked at Odegaard’s back in the day and slaved like a junkie for a fix — were staffers almost pathologically committed to books.

Two refugees from the Hungry Mind/Ruminator meltdown, Tom Bielenberg and Hans Weyandt, are the proprietors of Micawber’s. They manage to make a healthy living by running their small store like a fine wine shop. Conspicuously absent are not only the commonest airport trash, but the latest talk-radio bestsellers and even a fair number of the books you might look for after watching a tweedy guest improved out of his Birkenstocks by Stephen Colbert.

They have a floor-to-ceiling shelf devoted to nothing but NYRB’s classic reprint series. The NYRB set used to reside on a couple rows above the magazine rack. When I went in this week to pick up some things on my list, I asked Hans where they’d gone.

“They have their own section of the store now,” he said, “because, you know: it doesn’t make sense to let rediscovered books get lost again.”

“I don’t think so,” he said. “All my fiction readers who’ve picked it up have loved it.”

“Pretty much. But I had one of our book club people pick it up, her first Johnson book, and she loved it.”

Honesty and taste and a clientele they know. You don’t get that at Borders.

I asked for the new Abani novel. A few clicks later and Hans is out on the floor, handing me Song for Night. I had meant The Virgin of Flames, which is due out in paperback. But it’s Abani and it’s Akashic and the latest book came out last week, which means Micawber’s has it.

Tom and Hans have three-letter-agency superpowers for what’s good and going on in American literature. No matter how much money Garrison Keillor and Louise Erdrich pour into their stores (and, by the way, they’re both really good), Micawber’s is the Twin Cities’ writers’ bookstore.

ItÃ¢â‚¬â„¢s hard not to be happy, he used to say, in Buenos Aires

The voice of Graham Greene