Too far down: Writing and the emotions 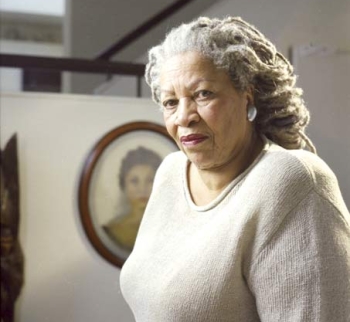 Being prone to depression and obsessive, cyclical thinking, I have found that focusing too intently — by which I really mean, too emotionally — on the book I’m writing jeopardizes my mental equilibrium.

It also clouds my prose and diverts the path of the action, and causes my characters to become inert and maudlin and to spend several paragraphs contemplating the existential significance of a dog turd or shriveled cherry blossom. I dread rereading the latter parts of the draft I wrote two summers ago, because I distinctly remember one such cherry blossom digression.

I’m sure I’ll never manage to eradicate all melodrama from my writing process, but I got a (slightly grim) laugh out of Toni Morrison’s wise counsel in the last few paragraphs of her 1993 Paris Review interview:

Interviewer: Do you ever write out of anger or any other emotion?

Morrison: No. Anger is a very intense but tiny emotion, you know. It doesn’t last. It doesn’t produce anything. It’s not creative… at least not for me. I mean these books can take at least three years!

Interviewer: That is a long time to be angry.

Interviewer: — they’re not a good muse?

Morrison: No, and if it’s not your brain thinking cold, cold thoughts, which you can dress in any kind of mood, then it’s nothing. It has to be a cold, cold thought. I mean cold, or cool at least. Your brain. That’s all there is.

The interview is reissued in full this fall as part of The Paris Review Interviews II. The image at the top of this post is taken from Morrison’s Encyclopedia Brittanica entry.

The name under which mad destruction is wrought

Grapes of Wrath — & the Hamptons?