Also, after the photos, he and his brother Max note the museum’s contrast between the idyllic world of Genesis and the filthy and depraved modern era. Joseph invokes Derrida, and Max puzzles over the American Museum of Natural History’s new “Mythic Creatures” exhibit. 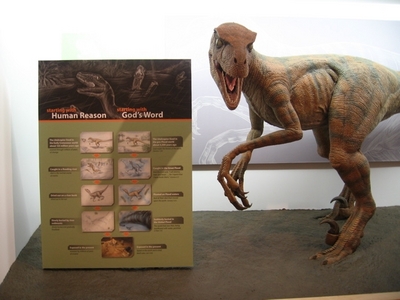 I just got back from a visit to the recently-opened Creation Museum, located across the Kentucky border not far from Cincinnati. The place crackles with all the animatronic and multimedia glitz that one might expect from a museum founded by a former Universal Studios executive, and it seems to be doing a booming business.

Rather than present a coherent argument for a particular view of life’s origins, the exhibitions encourage visitors to question the scientific method and the institutions of modern science. A Genesis-based history in which creation occurred 6000 years ago is offered as an alternative, but, notwithstanding all the fossils on display, the museum doesn’t make an evidence-based case for its claims. Instead, a sensory overload of animations, dioramas, and plaques about contested scientific theories seems to dissolve any kind of rational engagement with natural history; in this digitally-enhanced intellectual fog, the only sure anchor is given in the immutability and univocity of a literal reading of Genesis as an “eyewitness” account.

The biggest surprise for me was the extreme security regime. The museum, located in the middle of nowhere, is surrounded by a sturdy iron fence with a gated entry. Patrol vehicles, security guards, and heavy bollards surround the building; inside, it is full of security cameras and listening devices, and polite uniformed attendants are always in sight. The crowd of happy white suburbanites shuffling through the exhibits and whispering “amen” during the movie presentations certainly didn’t show any outward signs of paranoia, but with its scenography stripped away, the museum is a fortress. 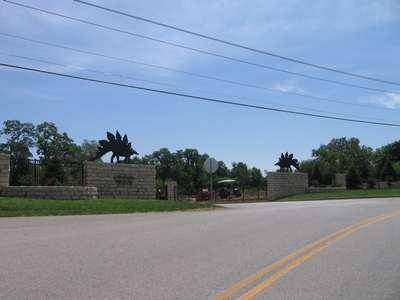 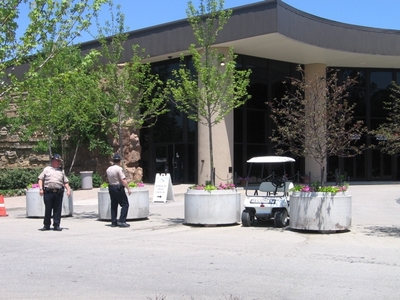 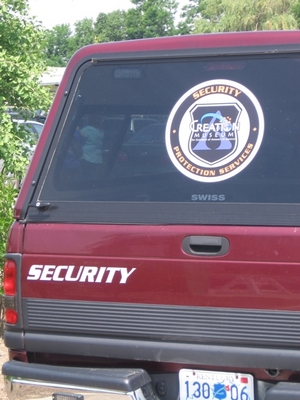 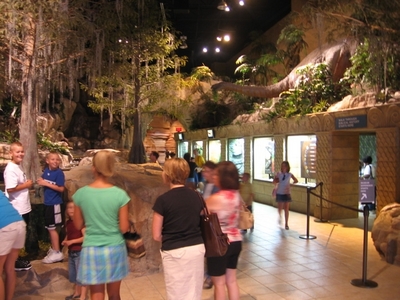 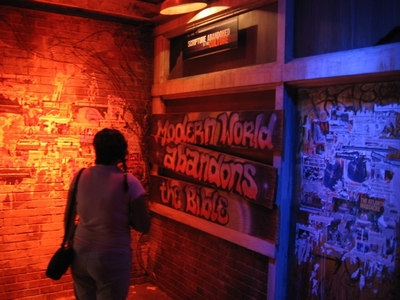 Joseph: The museum clearly presented nature as an idyllic state (in two of the movie presentations, the main character was sitting by a campfire out in the wilderness) and seemed to show cities as dangerous breeding-grounds of relativism and hubris. Also, maybe I’ve been reading too much Derrida lately, but the contrast between the textual mutability of books, graffiti, and those weird collages of torn magazine pages with the “eyewitness” authority ascribed to Genesis seemed quite revealing.

Max: Today on the subway I saw an advertisement for a new exhibition at the American Museum of Natural History here in NYC called “Mythic Creatures.” The museum has put together a collection of created representations of mermaids, dragons, unicorns, etc. Evidently there is at least a little bit of science woven into the presentations, in that possible scientific explanations for the origins of the various imaginary creatures are presented (e.g., legends of dragons may have been inspired by dinosaur bones).

I have no doubt that this will be a huge money-making enterprise, given the current popularity of fantasy novels and movies. But it still seems like a rather major departure from the museum’s traditional mission of educating the public about the realities of nature. In a strange way, what the AMNH is doing parallels what the Creation Museum is doing: elevating wishful thinking over scientific knowledge.