Happy weekend from my grandfather and the other woman 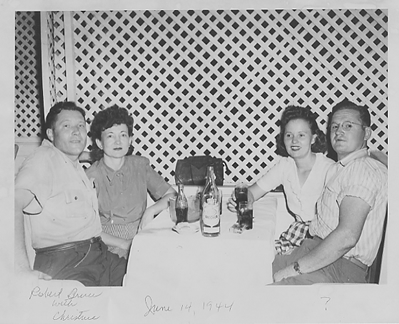 Robert Bruce, my mom’s dad, sits at the far left of this shot next to Christine, the woman with whom he cheated on my grandmother throughout their short marriage. She became his third wife.

I like to think the dinner photos became progressively less grim with each of his 13 marriages.

The picture above was taken at Sivils Drive-In (below) on July 14, 1944, about ten months after my grandparents split up.

The country was at war, Johnny Tremain had just won the Newbery Medal, my mother was a little over four years old, and the “beauties on the curb” at Sivils wore some bangin’ satin shorts (second page) with their majorette get-ups. 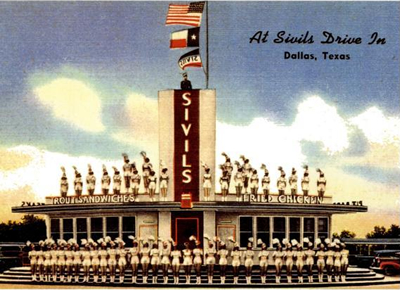 Hidden edges and the novel