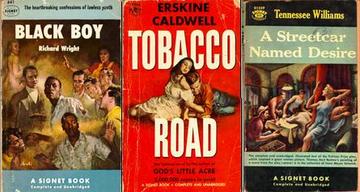 Edward P. Jones initially declined the invitation to edit the forthcoming New Stories From the South 2007, but accepted upon remembering how heartened he’d been by the inclusion of one of his own stories in a prior year. I read his introduction shortly before heading down South and have been thinking about it on my travels. Here’s an excerpt:

Hither and yon, they still debate whether Washington, D.C. — where I was born and came to know what is true and what is not so true — is a part of the South. It might well be that that debate is why I have never stood up straight and asserted that I was a bona fide son of the South. I’m in the room, but I’ll stand in the corner for the evening, if it’s all the same to you. And that is another reason I first said no to choosing the stories for this book.

Still, so much is about the heart, wherein the soul dwells, and so maybe my heart, when all the standing in the corner is done, doesn’t care if Washington is north or south of the Mason-Dixon line. The heart knows enough to make me create a character who is called upon to assert, with great authority, that the South is “the worst mama in the world … and it’s the best mama in the world.” The heart knows that just about every adult — starting with my mother — who had an important part in my life before I turned eighteen was born and raised in the South. They — the great majority of them black and descendants of slaves — came to Washington with a culture unappreciated until you go out into the world and look back to see what went into making you a full human being. A culture defined by big things, by small things. By food (from greens to pigs’ feet and tails to black-eyed peas on New Year’s Day). By superstition (resting your clasped hands on the top of your head shortens your mother’s days on this Earth; “my word is my word until I die”). By speech (“fetch”; “yonder”; “a month of Sundays” — and a phrase my mother was particularly fond of using: There were, she would say, so many awful problems in the world that could be cured by people simply doing the correct and proper thing, “but that would be too much like right”).

Black people passed this culture onto me, but once I discovered Southern literature I learned that much of it was shared by whites, whether they wanted to admit it or not. I read Richard Wright and Truman Capote and Wendell Berry and Erskine Caldwell and a whole mess of other writers and came upon white people who, in their way, were also just trying to make it to the next day. Dear Lord, reach down and gimme and hand here. Those fictional white people lived in a world that was not alien to me. And yet growing up in D.C., I had known no Southern whites, except for the ones on television. As I read, I felt I knew far more about that world of people than I did about those people who lived in cities in the North, who lived, as I did in D.C., with concrete and noisy neighbords above and below and a sense that the horizon stopped at the top of the tallest building. It does not matter where Washington fits on the map; I was of the South because that was what I inherited.

While in Square Books earlier this week, I picked up the reissued edition of Richard Wright’s Black Boy. Jones wrote this introduction, too, and it’s a gorgeous meditation on first reading the book in 1965 and then returning to it years later as if “reading one’s journal that had not been opened for ages”:

The Signet paperback copies of Black Boy that the teacher, Charlotte Crawford, distributed to her 10th graders in September 1965 had white covers with a large, rather abstract black fist dead in the center of those covers. Fist as in black power, I suppose, though none of her students had ever uttered those words. We were fifteen and sixteen years old, and we were new to high school, as Miss Crawford was new to teaching. The Negro students in that D.C. classroom had none of the consciousness that children of the same color and ages in the civil rights turmoil of Mississippi or Alabama or South Carolina might have had. The riots in Washington, D.C., after the murder of Martin Luther King, Jr., were still a long time in the future…

The book was brand-new and it smelled new. Miss Crawford’s class had some twenty Negro children, and of the problems we had, poverty was perhaps foremost for most of us. A condition we did not have a name for yet. Some of Miss Crawford’s students wanted to know if we could keep the books — for we could count all day and night the things that were tenuous in our lives. The teacher said they were ours to keep, and I have mine to this day. The cover is creased, the pages are dog-eared, for I acquired the book before I knew how precious pages were. There are no underlined sentences. There are no notes in the margins. I had not learned that one could and should do those things; but even if I had known to do them, I would have been too amazed, too absorbed to stop. The only record I have of what I experienced as I read is the book itself and what is left of my memory. That edition of Black Boywith its red border was to be only the fourth book I ever read in my life…

It is only in rereading Black Boy — and in reading for the first time the Chicago section of the book that was not in my Signet edition — that I see much of what held me some thirty years earlier. Wright was living a southern life I knew in the city: one of constant moving from one slum to another — the heart wears itself out in having to pick itself up and make a new home so often.