Warming his hands in the bone-picking room 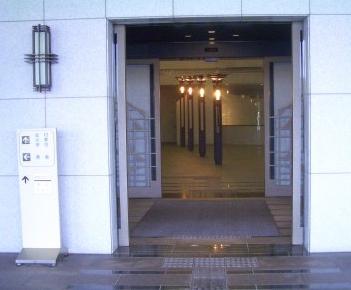 Reading Marie Mutsuki Mockett’s “Letter from a Japanese Crematorium,” written after a visit to Japan for her grandmother’s funeral, feels like eavesdropping on the deepest and most spellbinding of secrets.

My cousin Takahagi, a Buddhist priest, does not want me to go to the crematorium. It is not a place for visitors. When I press him, he explains: the crematorium is a gateway to the next world and is potentially dangerous. In Japan, cremation is avoided on certain days of the week, known as tomobiki, or “friend-pulling” days. If you cremate a body on tomobiki, the soul that is finally and forcibly removed from the flesh might snatch along a family member or friend for company.

Despite the impression you might have from certain Hollywood films, most Buddhist priests do not contentedly live on remote mountaintops waiting to dispense spiritual advice to depressed sons of millionaires who secretly long to be superheroes. The priests I know are busy with paperwork, scheduling, and appointments. Their job is to oversee everything related to death and rebirth, which, in Japan, is an elaborate, continuous, and expensive process.

I know something about temples and priests because my Japanese family owns a Buddhist temple, which my great-grandfather took over in the late nineteenth century. Our temple is part of the Sōtō sect, which Americans know of as Zen. My grandfather, once slated to inherit the complex, rebelled, leaving the temple in the hands of his sister, whose son has run it successfully for the past thirty years. Now his 25-year-old son, Takahagi (technically my second cousin, but to simplify things, I’ll refer to him as my cousin), is poised to continue the family tradition.

Takahagi has come to pick me up from Iwaki train station, which is located north of Tokyo and not far from Sendai city. He cuts an elegant figure on the other side of the exit gate with his black fedora, black narrow ankle jeans, and gossamer black T-shirt bearing a print of a skull. . . .

I canÃ¢â‚¬â„¢t help but wonder if TakahagiÃ¢â‚¬â„¢s early and constant exposure to death hasnÃ¢â‚¬â„¢t colored his sensibilities in some way. His older brother has become that Japanese social pariah, the otaku, who hides away in his room playing video games and conversing with characters in comic books. As the oldest son, my otaku cousin was supposed to take over the temple, but his extreme antisocial behavior makes this transition unlikely. . . .

When we reach the temple, where his parents live and the rest of the family is waiting, Takahagi slips into a side room and changes into his official “casual priest clothing,” which looks like a pair of pajamas with elastic around the wrists and ankles. Outfits like these are ordered from a Buddhist catalogue that sells, among other things, incense, new sutras, and gongs.

I’ve been visiting the temple over many years, but this trip is significant because I have come for my grandmother’s funeral. . . .

Photos, with explanations, are up at Marie’s site.

No dictionaries for a text-messaging world?