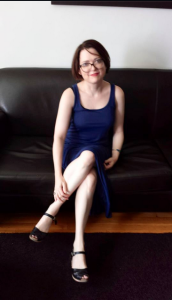 Interview with Nicole Chung, author of All You Can Ever Know, for B&N Review

America’s Ancestry Craze, on what we’re seeking when we search for our ancestors, for Harper’s

A Doubter in the Holy Land, on visiting Jerusalem and fearing a conversion like the one my mother once had, for the New York Times Magazine and forthcoming in The Best American Travel Writing 2015

When the Flock Changed, winner Narrative Prize for fiction, in Narrative Magazine

The Rapture Meets My 40th Birthday, essay at The Awl

Portrait of My Father, a recollection at Granta

Remembering Harry Crews, my former teacher, at Awl, and making his fried rattlesnake for the New York Times Magazine

Regarding the Insurance Defense Attorney, short story in Eyeshot and winner of the 2004 Irwin and Alice Stark Short Fiction Award

My Son Went to Heaven, and All I Got Was a No. 1 Best Seller, essay on Heaven is for Real, fundamentalism, and near-death experiences, for the New York Times Magazine

Ode to an Enchanted Hotel: My rendezvous with the haunted Biltmore, for Oxford American

Review of Nick Bilton’s Hatching Twitter, a history of the tweet and its creators, for the technology issue of the New York Times Book Review.

Cleaning Up on Christmas, on spending the holiday alone at my father’s place while visiting him, at Medium

On the Sunshine State and T.D. Allman’s scathing history of it, for Bookforum (print only)

Another Thing to Sort of Pin on David Foster Wallace, for the New York Times Magazine

Some Company For Slow Writers, at Tin House

For Vassar or for Poorer, on the timelessness of Mary McCarthy’s The Group, for Bookforum

Doubt: A Syllabus, at Bookforum

A Novel, Not a Memoir, essay (clarified here) at the LA Times

What Would Jesus Buy?, at Bookforum

Local Twitter Slang, And All That Jawn, at Awl

On Molly Crabapple’s “Altarpieces to the Revolution,” at The New Republic

Wave of the Future, my conversation with Chang Rae Lee about his latest novel, On Such a Full Sea, for Barnes & Noble Review

Conflict, from Warzones to Brownstones, a talk with Masha Hamilton for The Rumpus

Mess Up Your Mind, anthologized (print only) in What My Mother Gave Me

On the unparalleled Muriel Spark, at Barnes & Noble Review

When Your Shrink Dies: A Talk with Emma Forrest about Your Voice in My Head, at Awl

A Talk with Philip Connors about Fire Season, at The Paris Review Daily

Sarah Palin’s Planet Earth and the End Times and Legs, Scenery, and Amens, at Awl

Mat Johnson’s Pym: my choice for the 2012 Pulitzer, in the New York Times Magazine

After the Affair: On Jean Rhys and Ford Maddox Ford, correspondence with Alexander Chee at Granta

Football and Nachos, the Texan Way, at Awl

Are You Trapped in a Muriel Spark Novel?, a list of clues, for The Toast

Dear Abby, When I Was a Young Man, my (mortifying teenage) Tender is the Night fan fiction, at Awl

Send Up the Clowns, in The American Prospect, published 2006

Confessions of a Cradle Robber, essay in When I Was a Loser, published 2007

Appreciation of  Rachel Kushner’s The Flamethrowers, at NPR, and other contributions to NPR’s Books We Like

Review of Adam Levin’s The Instructions, at Barnes & Noble Review

Review of Lorrie Moore’s A Gate at the Stairs, at Barnes & Noble Review

Review of C.E. Morgan’s All the Living, at The Second Pass

Review of Alan Bennett’s The Uncommon Reader, in the LA Times Book Review

Review of Lilian Pizzichini’s The Blue Hour: A Life of Jean Rhys, at The Second Pass

Review of Richard Price’s Lush Life, in the Boston Globe

Review of Aleksandar Hemon’s The Lazarus Project, in The Boston Globe

Review of Ellen Litman’s The Last Chicken in America, in the NY Times Book Review